Sometimes the work is slow-going. Catalyst Construction crew members trench one five-gallon bucket of mud at a time at a location in Charlotte.

When a local bottling company needed its pipes replaced—8 feet beneath the production line—Catalyst Construction (Catalyst) was called in to bid on the job and estimate how long the line would have to be down for the repairs. Catalyst Founder and CEO Gary Olnowich gave an unbelievable answer: no downtime; the work could be done under full production.

“The client told us that previous repairs resulted in downtimes as long as three months,” says Catalyst Vice President of Sales Karen Yoder, who is also Gary’s wife. “That bottling company has been our client ever since.”

The Charlotte, North Carolina-based, design-build general contractor is best known for tackling unique, challenging and unusual projects, Karen says. “Often, we are the only people at a bid because a job is so complicated that others can’t even figure out how to bid it.”

Catalyst specializes in commercial construction, renovation, demolition and site work throughout the Carolinas and surrounding states.

Out of the Ordinary

“We tailor our specialty services to each project and situation,” Karen says. With expertise in a variety of areas, including concrete services, trenching and welding, Catalyst can also work as a subcontractor for mechanical, electrical and plumbing contractors. The company has a privately owned fleet of construction vehicles and heavy equipment plus in-house teams of trade professionals.

Last summer, Catalyst was hired to do a $1.6 million project in a 64,000-square-foot warehouse with a super tight schedule, which was essentially one-half of the time a project of this size would require for completion, Karen says. “We had one day’s notice to start, and we met their fast-track schedule to build the interior office spaces, containment room, ramps for docks, and exterior washing station and install bollards,” she explains. “Gary is extremely smart and can figure out these things like no one else.”

While that project was underway, the company also transformed a school library into an open, modern information technology space. This work had to be completed in the summer when school was not in session. “We are accustomed to working in high-pressure situations on tight budgets and tight schedules with no room for error,” Karen says. “This project’s lead time was our biggest challenge. Just getting the light fixtures was a snag.”

The firm has also earned a reputation for doing an enormous amount of interior upfits or tenant improvements—often while the space is occupied— for clients that include occupants of buildings owned by major commercial real estate companies like CBRE, JLL and Avison Young.

Catalyst’s crew replaced restrooms for Mecklenburg County while the county offices continued to operate. “We were in a high visibility location right next to the office dispensing marriage licenses, so the job site had to be spotless while we were working,” Karen says. “An architect told us that what he likes best is our clean sites. That is a point of pride for us. While we are committed to quality performance, accountability and customer service, sometimes it doesn’t matter how great we do because what customers remember is the last thing they see.”

Another way Catalyst adds value is by identifying potential challenges and listing options with related prices as part of its bids. “If the client chooses to add those services,” Karen explains, “we can get them done without having to do change orders. It is easy to hit the ‘go button’ by providing that multitiered, optional bid as part of our standard package.”

After being in business 35 years, Catalyst underwent a rebranding in 2019. All the key executives stayed onboard, Karen says. “We retained our client relationships, and Gary is at the helm overseeing a team of skilled craftsmen, devoted field crews and office personnel. A remarkable number of our team members have been together for more than 10 years.”

Another aspect of Catalyst’s culture that sets it apart is that no cursing is allowed in the office or out on the job sites. “We don’t allow the subcontractors to curse either,” Karen says. “That old school way of yelling and screaming is not going to happen on our jobs; we will escort that sub off the site. If someone is yelling and screaming at our guys, we will pull them out and shut down work. We don’t let anyone treat our guys that way.”

“Our culture is critically important to us,” Karen says. “We really do feel like our team is family, and everyone who works here understands the value of mutual respect. One of my favorite things is our award program based on the construction projects.”

The idea came from an incident that happened last summer on a school project. One of the Catalyst crews was working when a 5-foot-long snake came down from the ceiling when an acoustical tile was moved; the snake wrapped its body around one of the construction crew. It required two of his co-workers to pull it off, and then the snake literally chased the team down a hall, Karen says. The snake had been surviving on rats and bats living in the recesses of the school.

From the event came the Courage Award, which is a snake made from a plumber’s snake and a chisel, she says. Other awards include the Golden Hammer for craftsmanship, which the field crewmembers select by a vote. There is a Jackhammer Award, which is awarded by the crew foremen to the person who has fought through the most obstacles to grow and learn. The Skyscraper Award is presented to the crew foreman who has received the most positive comments from clients about outstanding customer service. The handmade trophies are kept in the office with each recipient’s name on them, and the winners receive gift cards to take home.

“Sometimes, we get client input, too,” Karen adds. “Everyone appreciates being recognized. We value our employees and want them to know that.”

Catalyst also likes to support the community through the area’s schools, in particular. Karen says at the high school level, Catalyst has also helped fund trips for students at the Shelby Intermediate School who want to make college visits but don’t have the money to participate in school-sponsored trips.

“It is important to give back,” she says. “We need more people in the trades, so we employ interns to help them learn the industry. The last two interns I hired weren’t your typical construction types. I hired a young lady for sales and marketing. She had no construction background experience. You can teach someone how to sell. She is bright, and I knew I could grow her into this. Another intern was a college student that I brought in because he had worked in his parents’ nail salon and knew how to work hard without complaining. He knows technology and is working in marketing for us.”

“Our CFO, Shona Goodwin, started as an intern,” Karen continues. “We simply have a great team. Donald Charles, our Field Superintendent, and Aqelous Bogar a mechanic and welder, have been here 15 years. We have had some crewmen working for us for more than 10 years. All together, we have 50 full-time employees with additional seasonal help, when needed.”

Building for the Future

Catalyst is in growth mode and is tackling larger general contracting projects. It has added several different divisions—from property management to development. Earlier this year, the firm closed on its first commercial property development project.

“We like the odd projects because others can’t picture the potential,” Karen says. “For one project, we bought a small, junky house with untamed woods beside it on one-quarter of an acre. It is zoned I-2, which is an industrial designation. In Charlotte, this space is disappearing at a quick pace because many of those properties have been bought by breweries or turned into lofts and residential projects. This recently acquired property, just minutes from Uptown, is getting a space lift and will be put on the rental market.”

In addition to a development division, the firm launched Catalyst Residential Group, which is rehabilitating neighborhoods by buying homes and fixing them up. The plan is to hold on to the properties as rentals to stabilize the neighborhood and allow the value to increase.

“To sum us up, we are a performance-oriented company specializing in unique and challenging projects,” Karen says. “We bring meticulous attention to detail with our process of conception, collaboration and creation. We make you look good.” 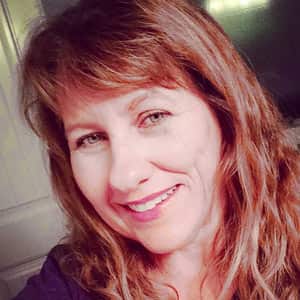 Tonie Auer, an award-winning writer, and blogger, has written for major AEC publications. 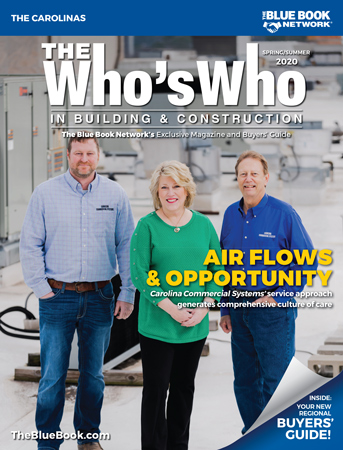