A finished mid-rise condominium project at 200 West Highland in Seattle.

Pacific Concrete Construction, Inc. (PCCI) was founded in 1978 by Carl Corbaley. Based in Bonney Lake, Washington, the firm serves the greater Puget Sound area with a wide range of concrete construction services for both the public and private sectors. Its specialties include post tension, tilt-up, multistory new construction, commercial and decorative flatwork.

While technically a subcontractor, PCCI does more than just complete work to specifications. PCCI provides a knowledgeable concrete construction team, manages budgeting, coordinates on-site activities and ensures that details get communicated effectively with all trades. “I’ve found that we are able to establish and maintain strong and lasting relationships with general contractors and owners when we prepare and communicate a comprehensive plan for our work and execute according to that plan,” says Project Manager Ryan Corbaley.

PCCI’s team of 32 employees is made up of experts who know their trades intimately. They understand that the successful execution of a project depends on teamwork and planning. “PCCI has good, loyal employees who have been with the company for over 30 years,” says Founder and President Carl Corbaley. “They have a willingness to problem-solve, and we all sit down and do it together.”

Company with a Solid Foundation

Carl began his work in concrete as a young man, when a family friend needed help with concrete flatwork. “I went and helped him and he ended up teaching me the trade,” he says. “Eventually, I ran a crew for him and was approached by a few different builders to do their work. That was when I decided to go out on my own.”

So, at the age of 25, Carl formed PCCI and from humble beginnings, grew a company that’s thrived for over four decades, adapting to challenges with versatility and building a reputation for consistent quality and professionalism.

In the early days, Carl’s wife, Leslie, managed the bookkeeping from home while looking after their two children, Jessica and Ryan. It wasn’t long before the next generation of Corbaleys started learning the ropes. “My son was involved at an early age as a laborer,” Carl says, “scraping plywood, picking up sticks and bending nails—that type of stuff.”

And now, many years later, the son and daughter who grew up alongside the company are set to take over. Ryan is the project manager, estimator and the coordinator of day to day operations while Jessica manages human resources, payroll, accounting, permitting and insurance.

And it’s not just the Corbaleys who contribute to the family environment: a number of core employees have been with PCCI for decades. “We have a handful of people who have been with us for over 30 years: Bob Knudtson, Craig Jones, Corey Fortin, Alfred Groshong and Jason Boyce,” Carl says. “For the most part, they all started their construction careers here, and they’ve grown to be very knowledgeable, resourceful and really look out for the company.”

“We have been fortunate to be able to hire second and third generations of employees at PCCI as well,” Carl adds. “They have learned the trades, displayed a passion for this line of work and grown into supervisory roles, allowing the continuation of a true family company.”

PCCI isn’t focused on just one niche; instead it has multiple areas of specialization. From large multistory buildings to small detail work, Carl explains how they seek jobs that match the expertise of their people. “We’ve got guys that like doing tilt-up construction, guys that like doing military projects, and people who excel at commercial and decorative flatwork. That’s the type of work we pursue and win.”

Every year, the Washington Aggregates & Concrete Association (WACA), a nonprofit organization supporting the construction industry in Washington, presents awards to companies for the best execution of concrete construction. As a testament to its versatility, PCCI has won WACA awards across the board in tilt-up, special applications and public works. In 1997, the company received an award for an elaborate baptismal font at Holy Rosary Catholic Church in West Seattle in which everything from the formwork to the mixing of concrete was done by hand. It also was recognized in 1999 for decorative flatwork on a WWII memorial in Olympia. The memorial site required around 3,000 granite tiles to be inset around a curving concrete walkway surrounding multiple bronze sculptures.

An award in the category of industrial tilt-up came in 2003 for the Seadrunar Recycling building in Seattle. The 46,000-square-foot facility features tilt-up concrete walls and a steel trussed roof structure. Like many large-scale projects, it was not without unexpected challenges: prior to construction, the former landowners had filed for bankruptcy and left piles of used concrete on-site. PCCI turned a problem into a solution by working out a plan to repurpose the excess material in the new construction.

In the mid-2000s, as private work was becoming scarce in Washington, PCCI turned to the U.S. Department of Defense work in the Puget Sound region. At the time, it was uncommon for local contractors to secure military work, and Carl credits the firm’s versatility as what made PCCI stand out among out-of-state candidates. “Our name is in several categories in The Blue Book and I think that gave us an inside track.”

When it came to large-scale military work, landing projects was just the beginning. In order to excel, they had to become just as good at navigating bureaucracy as they were at pouring concrete. Their adaptability in the face of such a challenge is a point of pride for Carl. “Learning how to do all the paperwork required for these projects, doing it correctly and keeping the project schedules moving forward is a difficult thing that we’re good at,” he says.

One of the company’s projects was an indoor firing range at the Joint Base Lewis–McChord, a U.S. military installation southwest of Tacoma. This building was designed to have a concrete roof with a clean span of 100 feet. Because of its size, shoring the roof presented a logistical challenge. The construction team at PCCI put their heads together with the design team and came up with a unique forming technique, utilizing large cast-in-place concrete trusses spanning the top to support the structure. The building process went smoothly and is one example among many of how PCCI’s experience, preparation and teamwork has led to success amid challenges.

As ownership is transferred to the next generation, Ryan plans to uphold the values that have made PCCI resilient and respected over the years. “I want to maintain a culture here where all of our guys in the field know how to do their job—really know how to do it. They need to be knowledgeable with the intricacies of concrete and educated on what the material does and why it does it.”

This level of expertise, coupled with a drive to do good work, is their formula for success. The quality of the work comes down to the quality of the people. “We have a lot of employees here who care about being professional and being good at their jobs,” Ryan says. “I think people who possess these traits have a tendency to attract other people with the same values.”

Looking to the future, Ryan expresses that they will continue to focus on building relationships through exceptional work and repeat business. “We want to be a team that every single contractor is happy to see on the job because they know their life’s going to be easier and that our work will be installed correctly and efficiently.” 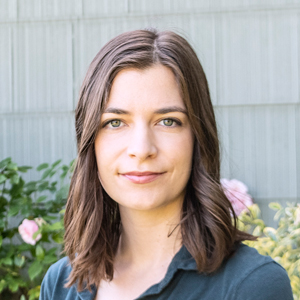 Erin O’Malley is a freelance writer and visual artist who is excited to share the stories of AEC professionals. 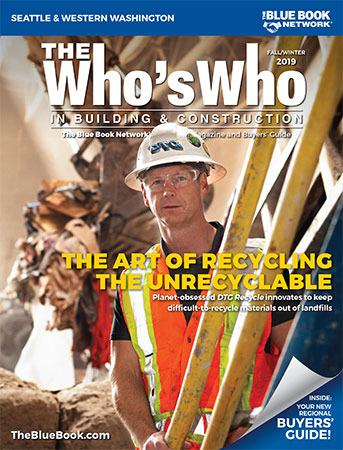