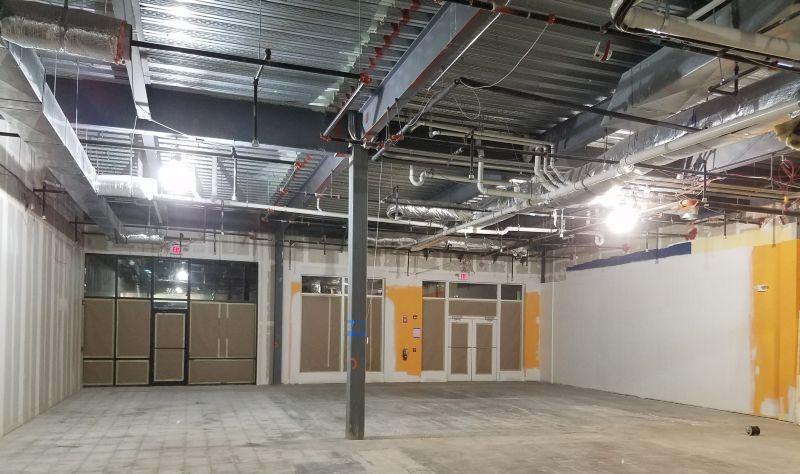 The AFC Urgent Care Project was a Vanilla Box project preformed for the Landlord at Valley Square in Warrington, PA.

The space started as the former Citi Bank and remained untouched since the tenant’s departure in 2016.  The space included 12’ glass partitions throughout, bullet proof Plexiglas, a vault area, employee restrooms and a kitchen, all of which were removed in preparation for the new tenant.

A demising wall was built, repaired the existing storefront, removed all existing plumbing and HVAC duct work and approximately 4000 square feet of 12” x 24” ceramic tile.  The cement floor was saw cut and excavated and new 4" PVC was tied into the existing sanitary lateral, which was now on the opposite side of the demising wall.  A new Roof Top Units for the HVAC were supplied and installed , as well as a new electrical service capable of running the high load demand equipment associated with an Urgent Care Facility.

Immediately upon turn over, the tenant contractor took possession of the space.  The prep work performed which was performed allowed for a seamless transition for the tenant’s contractor to perform the necessary fit out work.  AFC Urgent Care opened its doors in April 2019. 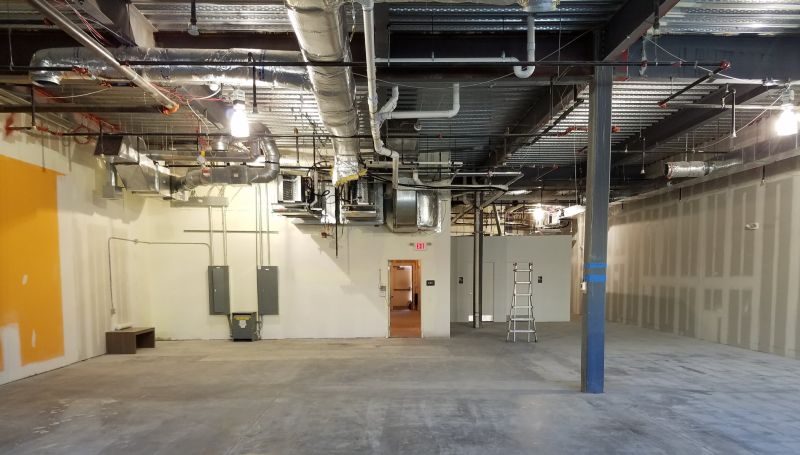