Couch Construction Services Treats Each Job as Its Own 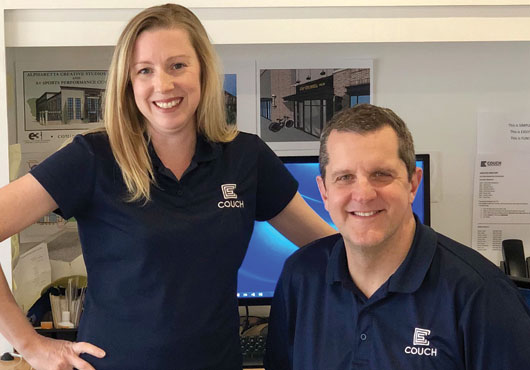 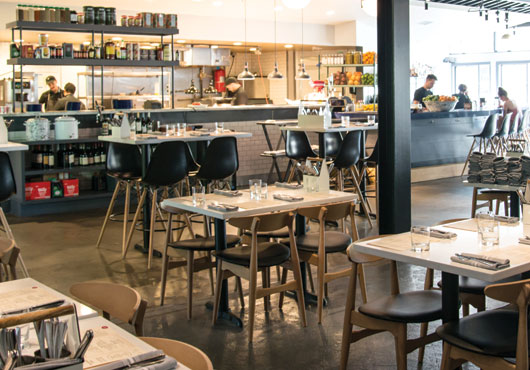 Darden and Kelli Couch are in the business of helping small business owners realize their dreams, and they do it by treating each construction project as their own.

Backed by more than 25 years of commercial construction experience, their business, Couch Construction Services (CCS), tailors its services to the individual needs of its clients, many of whom are small business owners opening a retail shop, salon or restaurant.

Their demand for quality work is a key reason customers keep coming back to CCS, an Alpharetta, Georgia-based commercial general contractor that provides specialized construction services, including retail, office, restaurant, salons and ground-up construction, throughout the state of Georgia.

“We enjoy working with people who are embarking on a dream to build and own their own business or expand an existing business,” says Kelli, who co-owns CCS with her husband, Darden. “It’s often easier to build big-chain restaurants and retail shops because those types of companies have a construction team that knows how the process works and already have construction drawings that are ready to go. While we enjoy that type of work, working with an individual or smaller company to build their dream restaurant or shop is more challenging, but the reward is greater.”

Kelli met Darden in 2001, when she, a chef by profession, was working a temporary job as office manager for Archer Western. Darden was just about to open his own construction company in partnership with a friend after 15 years in the construction industry. When Darden’s company moved into a new office space, he asked Kelli to run the office and handle billing.

As the economy rebounded from the Great Recession and construction picked up, the couple formed CCS, running the business from their home in Alpharetta. Things quickly took off

The firm was selected by Jamestown, a major U.S. real estate developer, for construction at its Ponce City Market, a mixed-use development located in the historic Sears, Roebuck and Co. building in Atlanta. Initially CCS was hired to “white box” or get spaces tenant-ready, but was later tapped by some of those tenants to do the interior build-out for many of the spaces in the center. That work led to additional mixed-use construction projects in Atlanta, including Atlanta Stove Works and Krog Street Market, where today, CCS is completing its fifth restaurant project in that development.

The firm quickly grew from two construction superintendents to a staff of 11 employees today. The company operates from an office on Main Street in Alpharetta—fulfilling the couple’s dream to own downtown property in this historic suburb of Atlanta, incorporated in 1858.

Alpharetta boasts a population of more than 63,000 residents, and CCS is proud to play a role in the development of the city’s vibrant downtown area. The firm will soon complete construction of Restaurant Holmes, an eclectic neighborhood restaurant and bar located in the new Alpharetta City Center, a mixed-use development featuring more than 100,000 square feet of restaurants, retail space, luxury rental units and office space. CCS has already been approached by several of the future tenants of the new buildings in Alpharetta City Center to possibly do their interior build-outs.

CCS is currently renovating an old dental office in downtown Alpharetta, a project that includes ground-up construction of an adjacent two-story, 12,000-square-foot building. The building owners, another husband-and-wife team who work in different industries, wanted to work side by side on this undertaking. With CCS’s help, they are repurposing the old building on Main Street (only several hundred yards from CCS’s offices) into a pottery studio and café called Alpharetta Creative Studio Café; the adjacent building will house a sports training facility, A+ Sports Performance Center.

Other recent projects include American Pasta Factory and The Whiskey Project, both restaurants near historic downtown Roswell, Georgia.

The secret to the firm’s successful growth is an unwavering commitment to complete projects on time, within budget and to their clients’ specifications and complete satisfaction. CCS looks after the best interests of its clients through all steps of the construction process, from the preconstruction phase, to managing a project, to providing full design-build services.

“Darden has a very specialized way of managing a construction project,” Kelli says. “He expects the quality of work completed by CCS employees and our subcontractors to be the quality they would want to pay for and live with themselves. One of the things he asks employees on a job site is, ‘If this was yours, would you accept it? Let’s get it right.’ ”The majority of CCS projects have very short construction schedules for the industry. In many cases, the client is already paying for a lease or a mortgage and is anxious to get their business open. “They don’t want anything slowing that process down, and it’s important they know that they can count on us to get it done,” she says.

That means having a great construction plan with the right team to implement it. CCS works with a core group of subcontractors whom they’ve counted on for years to deliver projects on time and within budget.

Setting the tone is Darden, a “type-A personality,” according to Kelli, “who has the ability to visualize the end of a project and then go like a freight train toward it.”

Because CCS renovates existing spaces or updates older buildings, Darden is especially good at alerting a client or project architect to a particular problem before it occurs. “He’s able to see the big picture while paying attention to the details and making sure he recognizes potential problems before they happen,” notes Kelli.

And don’t ever utter the words “it’s fine” around Darden if you’re an employee or subcontractor trying to explain a less-than-perfect job. “We expect full buy-in to the work we produce as an example of our company values. Around here, ‘fine’ is a four-letter word,” Darden says.

Project Facilitator Charles Clonts, who joined CCS several years ago as a superintendent, works to keep project managers on task and to ensure they have what they need to get the projects completed properly and expeditiously. “We hold our clients’ projects as close to the heart as the owner of a project would.

Oftentimes, our clients may not have the experience in overseeing a construction project. We take that very seriously and it’s an honor to help someone with a project and treat it as our own. Our success depends on their success,” he says.

The bottom line for the CCS team is to bring a business owner’s project goals to fruition. “We enjoy working with chefs, hairstylists, and shop and restaurant owners who bring us their ideas and dreams and then let us help make them into a reality,” Kelli says.

Their winning concept continues to bring in repeat business. Currently, CCS is working on its fifth project for Van Michael Salon, a second restaurant with the Castellucci Hospitality Group and a third restaurant for the owners of Taiyo, a craft ramen eatery and bar.

Their customer testimonials tell the story. “From the very first meeting with Couch Construction Services, there was a sense of commitment and dedication to the project that never wavered,” say Chris LaBelle and Daniel Chong, owners of the Kickshaw Tavern & Grill in Alpharetta. “CCS’s attention to detail throughout the process was always evident, and its subcontractors did a superior job. The end result was beyond our expectations.

”Nate L. Warner, Executive Vice President and owner of Warner Architectural Associates in Marietta, Georgia, says, “We have done many design-build projects with the CCS team and are proud to say that we have the utmost confidence that when CCS is on the project, not only will the project be completed on time and cost-effectively, it will also be a job to be proud of!” 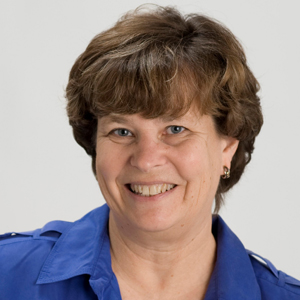 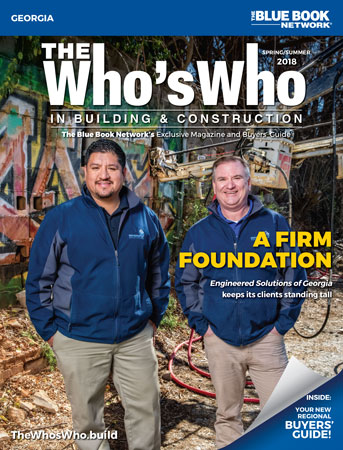 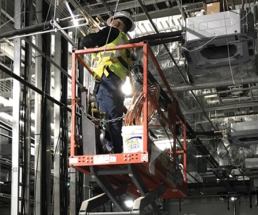