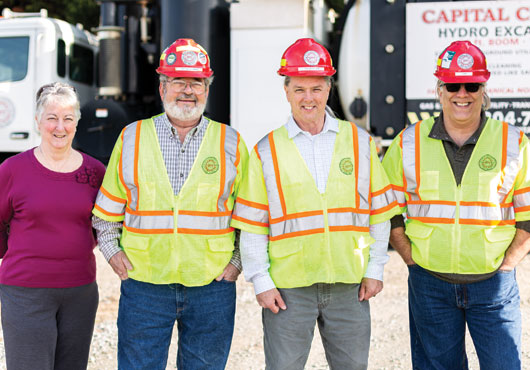 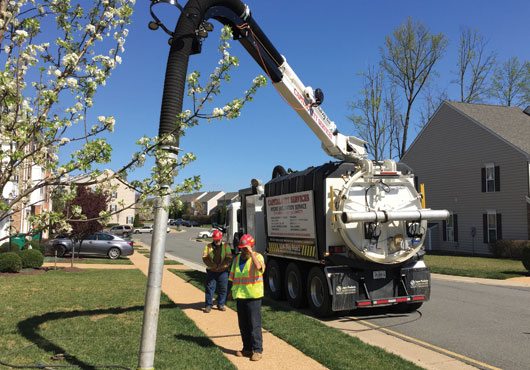 Capital City Services owner and President Wayne Norman supervises the hydro excavation of site in support of the repair of a broken water line.

Whoever coined the phrase “You can’t do it all” clearly didn’t know Wayne Norman.

This entrepreneurial problem-solver and his talented team of professional pipe and plumbing experts have built a multidecade reputation for solving seemingly impossible sewer, water and pipe issues. Since founding the company in 1978, Norman, President of Capital City Services, has stretched the company’s proficiencies from pipe and culvert cleaning to storm sewer and sewer services to air and hydro excavation to wastewater/water treatment plant maintenance and repair. The company has also performed TV pipe inspections, installed water, gas and sewer lines, and applied industrial coatings. For some that would be enough—but not for Norman and his team.

In the past two years, Capital City Services has increased services and sales, purchased state-of-the-art equipment, formulated innovative new tools and processes, and expanded again to include an environmental division as well as a full-service general construction, consulting and project management division.

Norman says, “The commercial pipe and sewer service business has changed a lot over the years largely due to the ever-increasing amount of underground utilities, including gas and fiber optic lines, that increase the potential for damage to life and property. Equipment is better, thus improving productivity, and techniques such as hydro excavation are now standard.”

Hydro excavation is the nonmechanical, nondestructive process of using pressurized water and an industrial-strength vacuum to simultaneously excavate and evacuate soil. Norman calls hydro excavation “a laser scalpel for the ground.” He continues, “Whenever we arrive on a job site with our Super Products Mud Dog 1600, there is always someone who starts filming the process—that’s how impressive the technology and technique are.” He believes hydro excavation, or “digging” with pressurized water is the future of excavation. No heavy equipment and no hand digging—just hydro and vacuum.

From high-pressure vacuum equipment to waste removal at a wastewater treatment facility, Capital City Services is up to any challenge. The company has even designed/fabricated/installed a giant “cap” made of TPO (thermoplastic polyolefin) roofing material and repaired a roof leak at the historic Richmond Dairy apartments in Richmond, Virginia. This is because the company has 70 years of experience in all areas and phases of general construction, utility work, mechanical and infrastructure, and wastewater and water treatment plants.

Because of the unique needs of its clients, Capital City Services is continually developing new processes, even tools and systems within its custom simulation and prototype development shop. The equipment used in the shop ranges from torches, welders, grinders and bandsaws to hydraulic ironworker machines, which Norman says, “gives us the ability to fabricate anything we can imagine and find a solution to virtually any challenge.”

Similarly, on a project his team calls the Junction Restoration, located near Virginia State University, a client discovered a displaced joint between two newly installed drainage pipes. The displaced joint was part of a 30-inch pipe, located 20 feet underground and 80 feet from the nearest manhole. The client did not believe the problem could be fixed.

Norman and his team believed they could find an answer that didn’t require costly demo and replacement. In the interests of safety and success, the crew built a displaced pipe joint section replica in Capital City Services’ simulation shop to help spark repair ideas. The staff came up with a foam injection point solution that involved removing debris and sealing joints, drilling holes, installing fittings and injecting foam, which worked perfectly, much to the satisfaction of the client.

Director of Operations Tom Arezzi says, “The Junction Restoration project is a typical example of the ingenuity used by our team when approached with difficult tasks. As far as we know, no one has ever repaired a pipe in this way.”

Capital City Services’ creativity and willingness to think outside the box is also evident in workplace safety. For instance, Norman was concerned about the effects of equipment noise on workers’ hearing, so he bought them Apex Team Wireless Headsets from Sonetics.

“The reduction on noise from the equipment is a great benefit—but the added opportunities for safe communication is even better,” Arezzi explains, adding that the equipment operator and the closed-circuit television (CCTV) inspection operator must work together throughout an operation to avoid damaging pipe or CCTV equipment.

Ordinarily, the team relies on two-way radios, which requires a free hand. “The headsets are hands-free, so the entire team can communicate without the use of their hands—which they’re using to operate heavy and potentially dangerous equipment. The headsets have become one of the most valuable pieces of equipment in our safety/PPE arsenal,” Arezzi confirms.

Tim Whitlock is one such person. With a compliance background, he has worked with regulators to evaluate occupational exposures as an employee of Marshall Miller & Associates, an environmental engineering firm that specializes in hazardous materials.

Whitlock says, “I’ve known Wayne for more than a decade. He’s always been the go-to guy when I needed to bounce ideas off someone.” One project they worked on together involved potential mercury vapor exposure at the Capitol Power Plant several years ago. Whitlock says, “The plant was replacing mercury switches because the mercury was disappearing. They called me in to figure out where the mercury was going, and to determine if there was exposure to employees and the nearby river.”

That same day Whitlock called Norman, whose team quickly performed a pipe inspection and found the mercury. Then, the crew determined the extent of the exposure and resolved the problem safely.

“We work together—it’s that simple. We have a small group of people that are very competent. Everyone here brings something to the table that’s unique.” Tom Arezzi, Director of Operations, Capital City Services

In fall 2019, Whitlock joined Capital City Services as Vice President in charge of the company’s newly formed Environmental Division. That same year, one particular project reinforced Norman’s establishment of the new division and growing concerns of hazardous material exposure. Norman says, “Prior to the cleanup, we were told that all of the necessary site tests and analyses to determine containment were performed. That wasn’t the case. If I hadn’t had Tim [Whitlock], we would have been exposed to potential hazards or all media wouldn’t have been contained. Work would have stopped until proper precautions were set in place to continue the project.”

The new Capital City Services’ Environmental Division is built on that same prompt problem-solving mentality and specialized expertise. “We do more than respond to hazardous material cleanup,” adds Whitlock. “Our job is to determine the environmental impact and make sure it doesn’t happen again.”

An integral reason for Capital City Services’ ability to resolve customer challenges is directly related to Norman’s promotion of a workplace culture based on communication and idea exchange.

Arezzi, who has been with Capital City Services since 2014, confirms, “This is a very talented group of individuals. I’ve worked with a lot of contractors, but I’ve never seen an entire group of people that takes such pride in coming together to solve a problem for the betterment of safety, health and the environment. Everyone needs to be and is an MVP!”

Mario Flores is another member of this relatively small team. He started with Capital City Services in 2012 as a helper. Today, he’s a job site superintendent with skills in metal fabrication, pipe restoration and pipe cleaning. Similarly, Supervisor Frank Ward has 20 years of experience in pipe cleaning and industrial vacuum work. Jose Ortiz, a NASSCO-certified CCTV Technician, has two years of experience and has performed over 500 CCTV pipe inspections with various systems (crawler, push cameras and pole cameras), including laser profiling.

“The reason our service model works so well is mutual admiration,” Arezzi says. “The crews display a level of respect for Wayne that encourages participation. He doesn’t just train the crews; he challenges them by making them solve the problem.”

Whitlock agrees and adds, “Wayne has a very relaxed business style. When he needs something fabricated, he provides the basic information to the crew with the goal to get the crew thinking creatively. Once familiar with the challenge, he has the crew perform the calculations. This collaborative freedom is empowering, and the team usually comes up with a successful plan with little to no guidance from Wayne.”

When asked how the company can maintain quality across its broad range of services, Arezzi says, “We work together—it’s that simple. We have a small group of people that are very competent. Everyone here brings something to the table that’s unique. When problem-solving needs to be done, everyone takes pride in finding that solution. We pull together to make it happen.”

Whitlock confirms, “We see and believe in the vision and purpose that Wayne has. We don’t believe in a no-win scenario.” Norman is quick to say that his people don’t work for him—they work with him. Clearly his business philosophy is a strong pipeline for success. 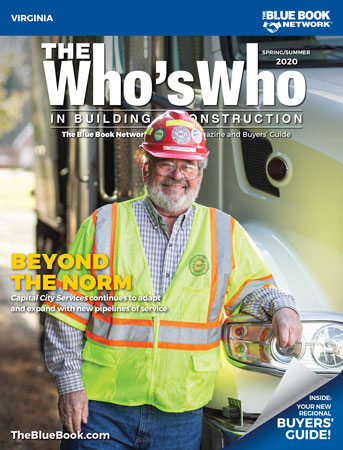