Headquartered in Richmond, Virginia, the company provides building automation systems (BAS) for all types of commercial, industrial, government, educational and military facilities throughout Virginia. A BAS is a centralized, computer-based control system that controls and monitors a building’s mechanical and electrical equipment, such as heating and air conditioning, security, lighting, and fire and security systems. “This mechanical and electrical equipment is connected using a communications protocol,” Nesgoda says. “At Mid-Atlantic Controls Corp., we engineer, install and maintain nonproprietary controls systems that use an open-protocol framework.”

That open-protocol framework is important in providing clients with a wider choice of equipment brands and service contractors. “When Mid-Atlantic Controls Corp. opened its doors in 1989, building automation systems were all closed, proprietary systems,” says Richard Satchell, Vice President of Sales. “Once you chose a specific brand of BAS, only specific dealers could make or add to that system.” When Tridium introduced its Niagara Framework in 1999, service providers could integrate existing proprietary systems onto Niagara’s open-platform operating system. The platform not only brought multiple equipment brands onto one platform, but clients could choose their engineer and contractor based on reputation and service quality.

That change meant a great deal to a company that prides itself on providing value-added services. “Our philosophy is to do the best job we can, plus more,” Satchell says. “That’s why clients choose us. We act with integrity, and we’re always looking for ways to add extra value to a project.”

Satchell cites the example of a $2.8 million project for a banking institution with locations in Roanoke and Richmond. “We upgraded the controls system at each bank location and were tasked to complete the project within 200 days. We not only completed the project on time, but also programmed additional functionality into the system at no charge, improving the energy efficiency of the buildings. By going the extra mile, we added value and earned client trust.”

The confidence clients have in Mid-Atlantic Controls Corp. has taken the company on projects across the U.S. “One of our longtime clients owns a string of malls across Virginia. We have installed and managed the controls systems for each of these malls,” Satchell says.

When the client relocated to Michigan, he called on Mid-Atlantic Controls Corp. to upgrade the existing system from a proprietary, closed system to an open-platform operating system. “The local contractor in Michigan relied on being the sole service provider for the proprietary system and wouldn’t even give the client a cost estimate on upgrading the system,” Satchell says. “We not only upgraded the system, but also maintained that system remotely from Virginia. Years later, when the client was ready for a complete controls replacement, he called us. It shows the trust clients have in our company.”

According to Nesgoda, more and more clients opt to work directly with Mid-Atlantic Controls Corp. “When we are brought in as a subcontractor, we are bound by the specs of the contract,” he says. “The engineer or project manager who writes that contract is often not a controls expert and may not be aware of certain factors and available options. When clients work directly with us, we can custom design a controls system that fits their needs and budget.”

“We are currently working on a project for the Mariners’ Museum and Park in Newport News, Virginia,” Satchell says. “We do 90 percent of the controls work for Virginia’s Department of General Services, and we installed the controls system for the Greater Richmond Convention Center.”

Mechanical engineers Craig Turlington, President, and Mike Startt formed Mid-Atlantic Controls Corp. in 1989. The two had worked extensively in the controls industry, including for Colonial Mechanical Corporation, which is also based in Richmond, Virginia. As Colonial Mechanical’s Control and Automated Systems division grew, Turlington and Startt saw the limitations of working with a single-brand mechanical contractor and a proprietary controls system.

When Niagara Framework’s open-platform operating system came on the market, the two jumped at the chance to offer clients a wide choice of options. “Craig and Mike wanted to provide controls systems based on client needs instead of inflexible vendor relationships,” Satchell says. Clients have embraced this new way of doing business. In 1989, Mid-Atlantic Controls Corp. completed 23 projects. That number skyrocketed to 160 projects in 2018.

With 65 employees, the company places a high value on education. “We pay for our employees to attend trade school, certification classes and even engineering classes. If our installers and technicians want to learn how a certain mechanical or electrical system works, or they want to learn about a certain process or technology, we support them financially,” Satchell says.

Mid-Atlantic Controls Corp. even has its own in-house classroom, called MACC-U. “Once or twice a week from 3 to 6 p.m., lead technicians take participants through a learning scenario, teaching them about a process or technology or showing them how to debug a program,” Nesgoda says. “We are always trying to better ourselves, find new and better processes and apply those best practices in the field.”

The company is a regular contributor to local nonprofits, such as the Hanover Tavern Foundation, Acca Shriners and the Wounded Warrior Project. It pitches in when there’s a community need. “Recently, the Richmond Society for the Prevention of Cruelty to Animals (SPCA) suffered a major equipment breakdown. They had no heat for their animals and were forced to run electric space heaters. “We stepped in and donated $8,000 worth of work to get the system up and running,” Satchell says.

Sadly, the company said goodbye to co-founder Startt when he died in November 2017. “Mike was known throughout the industry as someone who was always there to help. If an engineer had a question or needed design advice—even if it wasn’t our project—Mike always made time to help,” Nesgoda says.

“Mike was a great engineer and one of the smartest salesmen I’ve ever known. He knew the equipment inside and out, right down to the valves,” Satchell says.

With Turlington still at the helm, Mid-Atlantic Controls Corp. continues to carry out their vision for the company. “Mike wanted to see the company become one of the biggest independent controls contractors in Virginia,” Satchell says. “We are known for our integrity, morals and reputation. Thanks to the foundation set by Craig and Mike and the dedication of a smart, talented team of employees, we are making their vision a reality.” 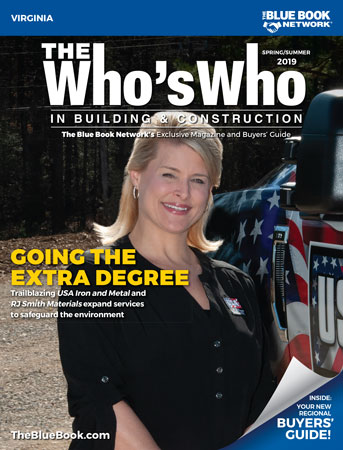