Whatever you call it, Branch & Associates, Inc. makes a big impact 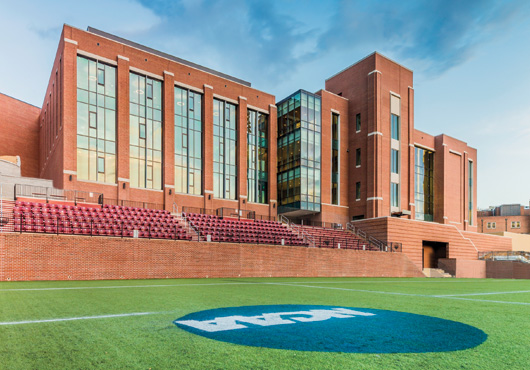 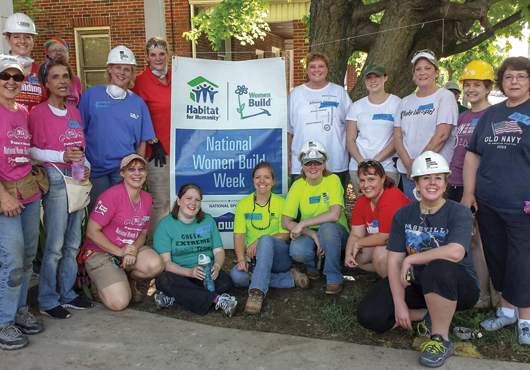 For the past 18 years, Jaime English has been working in preconstruction for Branch & Associates, Inc. (Branch), which has its headquarters in Roanoke, Virginia. When asked what he loves most about his company, English, who is also a senior estimator, did not hesitate. “I really enjoy the camaraderie and team atmosphere that we have at Branch,” he says. “Like everyone else in the industry, we have to work hard, but at Branch we also take time to have some fun and enjoy life. I think it is important to enjoy where you work. I know that we always enjoy laughing about old stories and celebrating our victories as a team.”

Yes, there is much to celebrate at Branch these days, whether you’re a client or an employee.

This is a 100 percent employee-owned company with a downhome atmosphere that belies its size and ability. Every employee has a vested interest in each project’s success and it shows in how they treat each client, big or small.

It is a unique company in that it has the technological sophistication, resources and capabilities like the largest national firms, but it remains true to its promise of offering the tailored, personalized service and accessibility more commonly associated with smaller local firms.

“All clients and projects matter, regardless of size, scope or visibility,” says John E. Gardner, III, director of business development for Branch. “This companywide accountability also reveals itself in our collaborative, solutions-oriented mentality. With all employees having an ownership mindset, we work well with one another (as well as our clients and industry partners) in addressing challenges and identifying/implementing solutions.”

Gardner says the firm’s employees, from top to bottom, often refer to the company as a “big, little company” or a “little, big company.”

“We believe that appropriately represents our uniqueness,” Gardner says. “As such, we offer a varied and diverse resume of project experience; we build projects of all types and magnitudes. Our projects range in size from $1 million to $110 million, with most being in the $10 million to $60 million range. We have a bonding program of $850 million, with a single project capacity of $150 million.”

Branch isn’t a company that believes in standing still. In 2013, it had 72 employees while its parent company, Branch Group, had 725 employees. Today, those numbers are 100 and 819, respectively. The Branch Group provides support services for its four operating companies: Branch & Associates, Branch Civil, L.A. Lacy and G.J. Hopkins, Inc. Some of its most significant growth of late has been in the North Carolina market where a fourth office will be opened later this year. While Branch is headquartered in Roanoke, it also has locations in Richmond and Herndon, Virginia.

The company was actually founded in 1963 and services clients in Virginia, West Virginia, North Carolina, South Carolina and Tennessee. It converted to an employee stock ownership program in 1982, which has created an environment where employees want the company and each other to thrive. Its diversity shows in many ways, too.

It’s difficult to choose just one standout project in the company’s portfolio.

Branch may be best known for its work in the education sector as a university/collegiate Construction Manager at Risk (CMAR) or design-build firm as well as a K-12 general contractor. The company prides itself on generating project enhancements and cost-saving solutions through its involvement during the design phase.

“We enjoy this role precisely because of our ability to positively influence the project outcome through our consultative preconstruction services,” Gardner says.

A highlight, Gardner says, involved the library’s automatic book retrieval system, which historically had only been supplied by Dematic for similar university libraries. “We introduced Muratec, who had recently completed a similar robotic retrieval system for FedEx,” says Gardner. “We conducted site visits to Memphis and concluded, after seeing each system in service, either could perform to expectations. The result of the bid was a $500,000 savings to the owner.”

In recent years, the company has adopted principles of lean construction in its project management methodology. “We have found that this elevated project/schedule analysis along with the collaboration and buy-in from our subcontractors leads to a far more efficient project,” Gardner says. “Our lean approach utilizes the teamwide input of our subs to generate the most efficient schedule possible by reducing wasted time and dollars while instilling teamwide accountability. We see the lean process, which continues to evolve at Branch, as a defining part of who we are and how we provide exceptional service to our clients.”

In the End, It’s the People

Gardner doesn’t hesitate in naming the company’s No. 1 asset: its people.

“Our culture is in large part driven by the environment created and led by our president, Craig Floyd,” Gardner says. “He was named President in 2010 at the lively age of 33. Craig’s infectious positivity and thoughtful strategic approach has allowed Branch to see consistent growth, even through the effects of the economic downturn in 2008. Craig has implemented an approach centered around strategic analysis of company self-awareness, project pursuit, project acquisition, project management, client service and the development of high-performing teams.”

“During Craig’s tenure,” Gardner continues, “Branch has exponentially grown our collaboration-driven CM-at-Risk and design-build resume, a result of his commitment to, and focus on, relationships. Not surprisingly, we have grown from a $100 million-$120 million company to one that has approached $200 million in annual revenues. Maybe his most important influence, however, is his willingness to involve employees at all levels in the strategic planning of our firm and his insistence on building a sense of community among all tiers of the company.”

The company also has strong beliefs in gender equality and is a leader in National Women Build Week, an annual weeklong event created by Habitat for Humanity’s Women Build program in partnership with Lowe’s. The program encourages women to devote at least one day to help families build strength, stability and independence through housing.

Another program Branch has been a strong supporter of for several years is the MAGIC (Mentoring a Girl in Construction) Camp, which was previously run by Virginia Western Community College and is now overseen by Habitat for Humanity.

“This camp is geared toward helping middle- and high school-aged young ladies learn more about the many different career opportunities in the construction industry. It’s intended as an encouragement for women in a field once dominated by men, but short on trained workers of any gender,” Gardner says. “We financially support the program and provide hard hats and other materials, and our female employee-owners personally speak to the camp participants about their experiences.”

Branch clearly takes great pride in the fact they have so many women involved in the leadership of the firm. Cathy Underwood, Vice President-Preconstruction, and Heather Bowman, Director of Operations-Northern Virginia, were both recently selected by national publication, Constructech magazine, to receive “2018 Women in Construction” awards. The winners selected for the award demonstrate strong leadership, technological expertise and integral involvement in the growth of their companies—generally speaking and with regard to technology implementation.

The firm also supports the industry on a national level. George Nash, the firm’s Northern Virginia Office preconstruction manager, is currently the National Chair of the Associated Builders and Contractors. His goal is to help find ways to make the construction industry safer.

“This is a prestigious position,” Gardner says. “George is a tireless advocate in the construction industry as well as an exceptional, detail-minded communicator in his estimating role with Branch.”

It’s clear that this not-so-little company is making a big impact and finding ways to make a difference in its community and the industry. 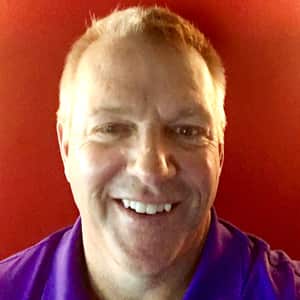 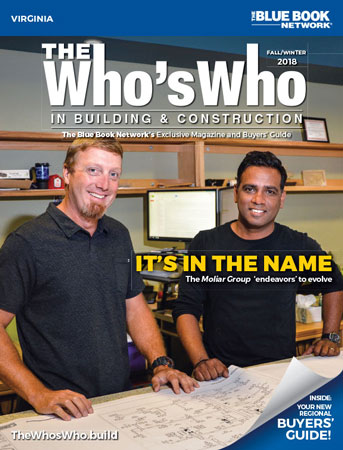