Joe DeSandolo (forefront, yellow), Vice President of Construction, 3D Contracting of Central Jersey Inc., started as a laborer with the company and now handles all day-to-day operations of the company’s construction projects.

One of two 20,000-square-foot multiresidential buildings under construction by 3D Contracting of Central Jersey Inc.

Built from the ground up by a family of skilled craftworkers, 3D Contracting of Central Jersey Inc. (3D Group) is guided by a leadership team that embraces its expertise as a contractor with a uniquely owner-driven focus.

“We believe our roots give us an edge when it comes to construction and owner relationships, especially in today’s more coordinated project delivery environment,” says company founder, President, CEO and skilled carpenter, Doug DeSandolo.

He certainly makes a point. Since the turn of the century, the company has become one of the go-to, midsized contractors and owner reps in the Delaware, New Jersey, New York and Pennsylvania areas, providing pre-construction, construction management and general contracting services on projects that range from complex pharmaceutical labs to multifaceted residential and commercial structures.

Doug, along with his two boys, both also highly experienced craftsmen, have built a customized business model designed for fast-track project delivery with an integrated owner-led coordination approach.

Doug started the company in 1988 primarily as a framing, carpentry and stucco contractor. He had grown up in the construction business, working at his grandfather’s operation, Associated Anvil Iron Works, a steel fabricator, through high school and college on weekends and in the summer.

But Doug is a master builder at heart with extensive knowledge of building design and component engineering, building codes and site development. He loves conceptualizing a solution, and then working with his hands to deliver the results—a skill that he passed along to his sons, Joe and Dan.

His son Joe joined the company in 1999 as a full-time employee while studying engineering at Rutgers University. Although not anticipated, Joe realized quickly that he had both a knack and a passion for construction. Over the years, he worked his way up the ladder in the company from laborer to carpenter to site superintendent and then into the management side. Today, he’s Vice President of Construction overseeing all day-to-day operations of the company’s construction projects.

Dan joined the company in 2002, though for slightly different reasons. Dan initially saw himself as an educator and went to college to study the profession. Unfortunately, a car accident derailed his plans. Dan, now Vice President of the company, recalls, “I needed a summer job that paid better than working at a day care center, so I took a job as a laborer sweeping floors, cleaning up, doing stucco, and getting coffee. During my second summer I was able to do more carpentry work. While I was framing a wall at a municipal building, I fell in love.”

Together, the father, his sons and a talented staff of highly skilled craftworkers have worked with owners and general contractors to complete hundreds of projects. But they recognized a change in the business model—and adapted accordingly.

As the national economy took a downturn in 2007, clients sought multiskilled contractors who were able to handle entire jobs, instead of the conventional general contractor with many subcontractors business model. In particular, clients valued those that provided construction management, design-build and general contracting services. With guidance from his sons, Doug knew that the key members of his team had the experience and skill set to do more than carpentry and wall framing—they had the skills to move jobs from concept to completion.

Joe recalls, “We began handling projects as an extension of our clients. Whether a warehouse, multifamily mixed-use venture, office building, pharmaceutical or corporate renovation, we did it all. We had the ability to get involved at any stage and still impact the project positively on budget or schedule. We prepared space plans, feasibility studies and budgets. Our flexibility in design, budget and time to market helped us stand out.”

At the same time, in-house staff requirements decreased and the company went from 100+ to a smaller core group of managers and supervisors.

Dan explains, “That tightening of our team afforded us the opportunity to gear our working environment to become a more close-knit community. We scaled back the manpower and focused more on management. Thus, smaller teams with site superintendents and project managers worked closely together as a team, instead of guys being spread all over on different jobs.”

Since transitioning into a more general construction provider role, 3D Group has successfully completed over 14 million square feet of commercial projects to date, many that are extraordinarily complex, as a general contractor and an owner representative. These projects range from the feasibility, site development and design-build pharmaceutical projects to the design, development and construction of multifaceted building complexes.

While the DeSandolos certainly take great pride in the varied and many projects they’ve completed, they’re most satisfied with the team environment that they’ve fostered internally in the last five years.

Joe confirms, “We have schedule flexibility, benefit options and a close-knit, highly experienced group of people. Our ability to focus on project management allows key personnel to be involved in all aspects of the construction project with direct access to Dan and me anytime and anyplace. Our ‘team’ atmosphere makes it so no member feels like an island. In fact, on every project, it’s all hands on deck pulling from the same side of the rope.”

Dan agrees, adding, “We have always looked at the guys on our team as family members. We handpicked them ourselves and allowed them to all grow as we grow. Our superintendents come from the trades and they’re very skilled, very detail-oriented guys. Most have the ability to take on any task.”

He points to several members of their small, but mighty team as examples. Anthony Rusin was hired as a laborer over 10 years ago and is now an estimator. Peter Duffy was initially hired as a carpenter, but after holding positions as a lead carpenter and foreman, he’s now a superintendent running projects as large as $4.5 million. Also, Brian Michalski came to 3D Group with a background in residential and HVAC. He was hired as a superintendent and is now a project manager running a $14 million, three-building, mixed-use complex and a 52,000-square-foot warehouse addition and office expansion.

That team approach translates to their clients as well. Joe explains, “One of the draws that we have with developers is our ability to develop and present concept plans that they can feel and touch, rather than just lines on paper. We establish early relationships, so owners see what they are getting and the subsequent value as the projects move along.”

The coming years will be a transitioning period for the company, which will be both exciting and tumultuous as the DeSandolos navigate their way into the next phase of operational management. In the near future, Doug will move to an advisory role and Joe and Dan will take on bigger-picture leadership roles, charged with continuing to expand the company’s business goals, which includes explorations into the real estate development industry.

Joe concludes, “As 3D Group starts the next 30 years of success under new leadership, it is our goal to continue the old-world customer relations that helped us achieve the prosperity we see today, even as we expand upon our operational philosophy to meet the ever-changing dynamics of the construction and development industry.” 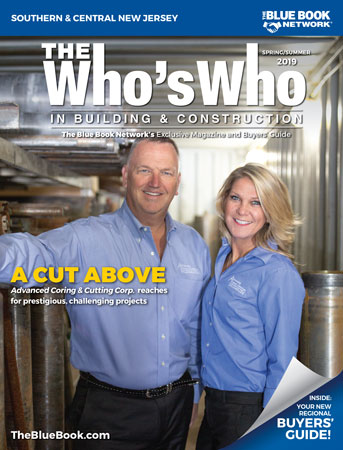