“Over the Top” Community Commitment

Local Business Uniquely Balanced to Give Back 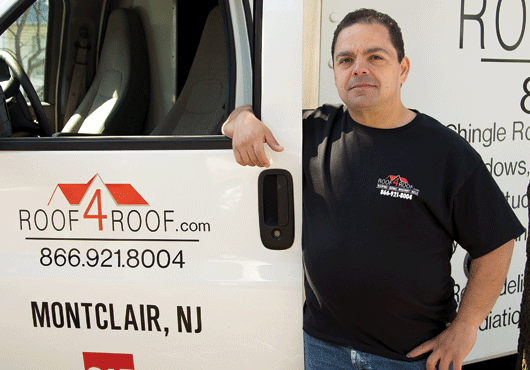 Roof4Roof was founded on a desire to build better communities 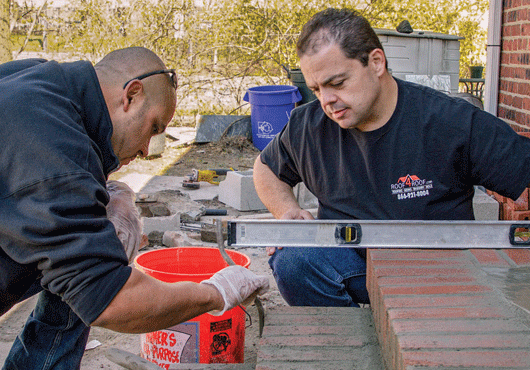 It’s not often that a business owner redefines his products and services to intimately align with a personal community service charter­—all the while gaining the wholehearted support of his growing customer base.

But that’s exactly what Chuck Anania, President of Roof4Roof, a roofing contractor based in Carlstadt, New Jersey, did in 2010.

Behind its motto “Buy a Roof, Give a Roof,” the company dedicates a portion of its profits to build new roofs for needy families. For the last seven years, Anania and his crew have built, repaired, and replaced roofs for free for hundreds of families in the U.S., Colombia, Guatemala and the Philippines.

Anania knows that continuing his personal and professional mission depends on his customers. He adds, “We work for those with similar objectives, and thanks to our growing commercial and multifamily customers, we’re building a lot of momentum.”

In fact, his novel strategy is working so well from a business perspective that the company’s revenue has nearly doubled since 2008—and is on pace to double in 2017.

Anania took over New Jersey Certified Roofing Group in 2010 and established Roof4Roof as a doing-business-as, for-profit, for-progress company under its umbrella in 2010, following a visit with his family to Santiago de Cali (Cali), Colombia, South America.

He recalls, “My kids were very young at the time, and as many have found, the world looks a little different when you’re a parent. We were visiting my wife’s family at the time and along the way saw real poverty, with large families living in shacks. These people needed help—and much more than a roof; but a roof would, at least, provide some shelter from the weather.”

Anania has been involved in community activism in various ways for many years, even before establishing Roof4Roof. He participated in emergency relief efforts, which included providing supplies after Hurricane Katrina in 2005.

He says, “We’re always ready to volunteer after a disaster or for a community event. But after the trip to Colombia, I wanted to give back in a more consistent way.”

Through Roof4Roof and its “Buy a Roof, Give a Roof” theme, Anania has supported other disaster relief efforts around the world, including going to Thailand in 2004 after the Indian Ocean tsunami and to the Philippines after Typhoon Haiyan in 2013, helping to rebuild homes.

While Anania is certainly the heart of the “Buy a Roof, Give a Roof” program, its success is highly dependent on community support…and sometimes an extra pair of hands.

Anania explains, “Here in New Jersey, we partner with Habitat for Humanity, Rebuilding Together-Bergen County, and Catholic Charities USA or other charities that have an emphasis on community construction. The charities select people who need our support from their comprehensively vetted waiting lists.”

Once given the go-ahead, Anania and his team spend their spare time repairing or replacing roofs, often with supplies donated by the charities. In recent years, Roof4Roof has worked in a number of neighborhoods in the U.S.—especially in New Jersey—on structures that range from residential homes to places of worship.

The small, financially strapped Congregation Beth El in Rutherford, N.J., is one such beneficiary. Rabbi Nosson Schuman says, “We are a small synagogue and have limited resources. Roof4Roof has been a saving grace for us.”

The process is similar in other countries. In Colombia, Guatemala and the Philippines, Anania works with other building organizations and the communities to get the jobs complete. He adds, “These homes are typically very small, so we often do much of the labor with help from the homeowner, and the materials are relatively inexpensive.”

Anania often travels by himself for his volunteer roof building and repair jobs or with one other individual from his company. He returned to Colombia in September 2016 to provide roofing to more than 40 families in one neighborhood and followed up with a trip to India.

The Business Side of Roofing

“We’re equipped to handle almost any commercial or residential job,” says Anania. “Better yet, the prices paid for our services are never inflated to fund our community work—we simply make less profit. We believe a better life begins with a safe, dry place to call home.”

His growing customer list apparently agrees. The company has completed roofing projects for thousands of clients, including some high-profile owners, such as Bank of America, CVS, Coldwell Banker, New York Sports Club and GNC.

Bennett Schwartz, a landlord for two CVS pharmacies in New Jersey, sums up his company’s choice of using Roof4Roof to repair his buildings by saying, “I’ve used Roof4Roof on many projects over the last several years and I’ve found them to be honest, courteous and true professionals, but what truly sets them apart is their inspiring charitable work for families in need.”

Anania concludes, “At Roof4Roof, we’re doing the best we can to help in a way that we know will make a lasting difference, with the skills we use every day.” 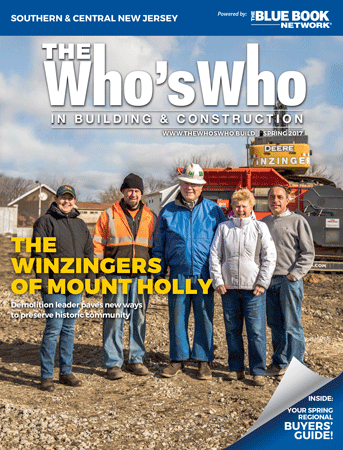