First Impressions are Everything 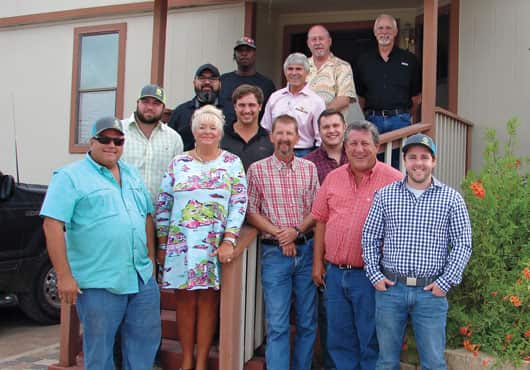 The Cribley team finds satisfaction in hard work and a personal commitment to each other. 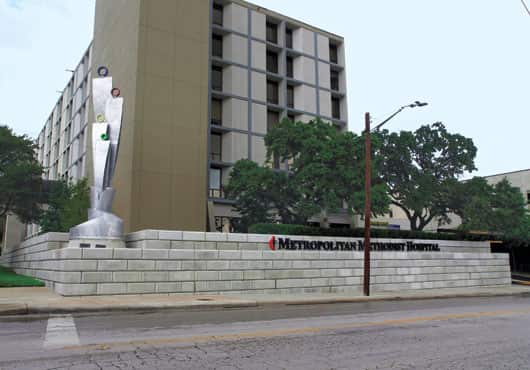 Cribley Enterprises, Inc., founded over 30 years ago, has grown into the largest locally owned hardscape services company in San Antonio. That’s no small feat; but it’s typical of this family that knows the pathway to entrepreneurial success. The company’s current President and CEO, Scott Cribley, is following in the footsteps of his father, Howard D. Cribley, and Scott’s sons, Kyle and Kevin, are, in turn, following him.

The entrepreneurial road began before Scott’s dad moved his young family from Dexter, Mich., to Uvalde, Texas, in 1964. In Dexter, Howard had created a water well drilling business, Cribley Drilling Co. Today, 70 years later, it remains in existence and is run by close family friends and still bears the Cribley name.

Scott was just seven years old at the time of the move and struggled to adapt to his new home. “Texas was a huge culture change for me; it took me awhile to get used to it,” he says. “People didn’t travel much; interstates weren’t completed at that time. It was a lot hotter here and there was no snow.”

Scott eventually adjusted and settled into a Texan lifestyle. In high school, he wasn’t fond of his studies but was very good at having fun. He learned to gamble and enjoyed Thursday night poker games throughout his teen years. “We played for pretty high stakes,” he says. “I could win a week’s earnings in one night of poker.” While not all gambling paid off (as he once had to settle a debt by giving away his ostrich boots), his willingness to take risks in life has paid off for him in business.

Scott did, however, exhibit a strong work ethic from a young age. His first job was sacking groceries at Super S. Then he worked for Gensco Pipe and Steel, Inc., a pipelines services company, where he stayed until high school graduation. “I didn’t know what I was going to do with my life,” says Scott. “All my friends were going off to college, and I had no real plans. I happened to take a welding class as a senior at Southwest Texas Junior College. I graduated on Friday and left on Sunday for a new job in Houston. Eddy Lutz, a good mentor, was the welding instructor at the junior college; he helped me get a job with Brown & Root (now KBR, Inc.) in the marine division, setting up platforms for drilling oil wells in the Gulf of Mexico.” After working off shore for five years, Scott moved on to College Station, Texas, to work for a San Antonio erection company building drag lines for strip-mining purposes.

Time to Get Serious

It was long after that move to San Antonio that the familial entrepreneurial bent kicked into high gear. Scott started small, with a solo welding business; but an ailing Texas economy made for a long row to hoe. He began mowing acreage for industries and even won a mowing contract with the Resolution Trust Corporation. Never deterred by hard work, and willing to do anything (that wasn’t illegal), Scott bid on state agency contracts for picking up litter and tree trimming.

By 1994, Cribley Enterprises became incorporated, with seven in-house employees and a lot of high hopes. “I’m a little bit of a visionary,” adds Scott. “I like to see my dreams come to fruition, through our staff. I always wanted a hardscape/landscape, maintenance and installation company; but a business is not built in a day. It takes a lot of good people and slow, steady growth to build it up to become profitable and efficient.”

“We became specialists in the installation of modular block retaining walls. We had all of our supervisors take specialty classes and become certified,” says Scott. The firm developed some unique retaining wall applications and customers nicknamed them “Cribley walls.”

The firm continued to grow with the addition of the marketing skills of James Stipe in 2000, who helped take the company to the next level. A few years later, Scott brought on other key employees, including Jim Bob Mote, Neil Finley, Matt Renegar, Derrick Bazier and Chris Nagel. Scott later brought on Matt Dory and Keith Creel with Mocking Bird Landscape, which became a Cribley Enterprises subsidiary. Most recently, the firm expanded to include Daniel Villareal to head up the commercial landscape and irrigation division.

As the company grows and the years pass by, Scott and his wife, Pam, enjoy the confidence of knowing that one of their sons will be prepared to one day lead the company. Son Kyle, now 24, began working with his dad at the age of 15. A Texas State University  business school graduate, today Kyle works as a supervisor in the firm’s landscape installation division. “It’s great to have my son working with me,” Scott says. “I wanted to bring him into the business, but it was his choice. It’s a relief to be able to depend on him, as well as other key employees.”

Son Kevin, 23, who also started working for his dad at the age of 15, is attending Texas A&M and will graduate with a civil engineering degree next spring. He plans on working for a civil or structural engineering firm in San Antonio, so his expertise will be in the same relative field as the rest of his family.

Scott maintains a busy schedule both at work and in his personal life as a regular volunteer with KAIROS prison ministries located at the TDCJ units in Hondo and Dilley, Texas. He is also actively involved in his church.

As the company continues its growth and diversification, it rests on a solid foundation. Scott insists on upholding the company’s core values of honesty, integrity, hard work, and honoring God in all that his team does. And that foundation is as solid as a modular block. 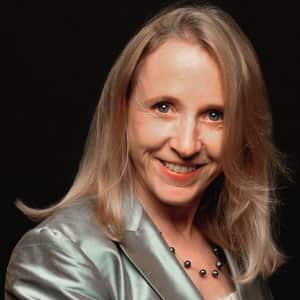 Linda Mastaglio is a award-winning journalist exploring topics of interest to the AEC community for over four decades. 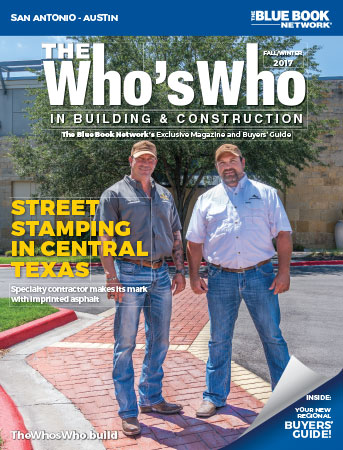