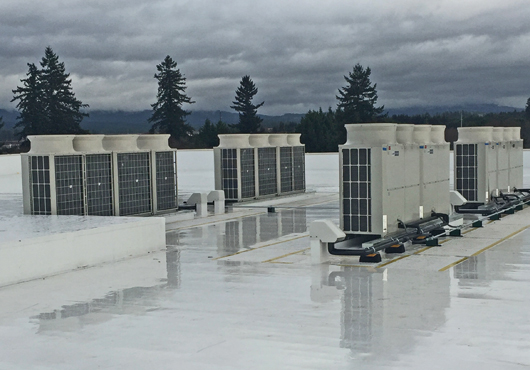 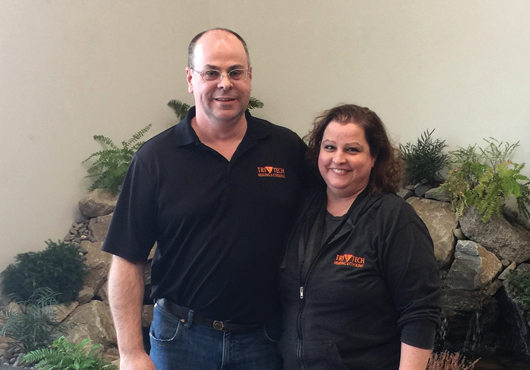 Jeremy Harmon has a problem with boredom. That’s why Tri-Tech Heating Inc. (Tri-Tech) takes on so many different types of projects. “People come to us when they can’t find another firm to do a project and we’ll take it on even if I haven’t done it before,” he says. “We give it a shot. We get into some odd things from time to time, but it keeps the job fun.”

Jeremy and his wife, Brenda, founded Tri-Tech in Vancouver, Washington, in 1993. They chose the name because of the three lines of business they work in: commercial, residential and service/maintenance. With 43 employees, Tri-Tech works on properties in southern Washington and also in Oregon, throughout the Portland metro area and down to Salem, the state’s capital.

Jeremy is President of Tri-Tech and Brenda is Vice President. Their creative partnership has helped the firm thrive through the years, taking on work that ranges from HVAC systems for multifamily buildings to solutions on tugboats and barges.

The firm is currently getting a lot of hotel work.

Tri-Tech has completed two HVAC systems for hospitality properties near the Portland International Airport—at Home2 Suites by Hilton and Tru by Hilton locations.

Tri-Tech is also working on several multifamily projects, given the economic boom that the Portland area has experienced after the rough financial times in 2007 and 2008. “There are plenty of those types of properties going up right now,” Jeremy says.

The couple began working on watercraft vessels when they were contacted a few years ago by a tugboat company working throughout the Northwest. The firm needed upgrades to the HVAC systems in its boats’ cabins. After that, Tri-Tech landed work on barges in Alaska, enhancing their HVAC systems as well.

“The barges are fun because the ones we did are oil- recovery vessels that go to Alaska and do oil cleanup,” Jeremy says. “It was interesting because the HVAC needed to provide heat in negative-20-degree temperatures.”

Brenda says that those types of jobs keep their team invigorated.

“I love when we do the outside-of-the-box things,” she says. “Not many companies do tugboats. Those are exciting, especially when seeing the boat operators take pictures on the vessels. I don’t want myself or our guys to get bored, so I love our diversity.”

The couple’s firm also maintains tugboats that operate from the Gulf of Mexico and down to Brazil. Jeremy says that it takes a different skill set to do work on vessels that end up being near the equator as opposed to Alaska. And Tri-Tech employees enjoy the challenge.

By the Fireside Another in-demand job for Tri-Tech is working on fireplaces, which is not what most HVAC companies undertake.

It’s a skill set that the company has in its back pocket to take care of residential owners’ maintenance and installation needs when there is less HVAC work during the fall and winter months in the Portland area.

“Believe it or not, we perform fireplace services about eight months out of the year,” Jeremy says. “People get upset if the fireplace is not working. Some people literally use them every single day.”

However, Jeremy and Brenda want to work more on commercial properties, such as restaurants and hotels that use fireplaces in their lobbies and common areas. It could mean more future revenue for Tri-Tech.

The couple celebrated a milestone in December 2019 when they built a new headquarters from the ground up in Vancouver.

Though the company was located in the same city previously, there needed to be a change due to a lack of space in the old main office.

“We had already outgrown it, probably, five years before that,” Jeremy says of the former headquarters. “We were running 40 guys out of a 1,200-square-foot office. It was ugly.”

Tri-Tech is growing steadily. By 2010 the company had 18 employees, but had to pare down to 12 in 2010 due to the Great Recession. Now, there are nearly four times that amount working at Tri-Tech. Gross revenues are typically between $5 million and $6 million per year, Jeremy says.

Though the Harmons can find plenty of experienced talent in the area, the couple prefers to hire employees just beginning their careers in the HVAC sector of the construction industry, so that team members can learn the nuances of the different projects on which Tri-Tech works.

“We hire on attitude,” Jeremy says. “We can train on the ability side. Rather than going out and trying to find a guy that has 30 years of experience, we really try to do in-house training, so we can bring people up to be our future leaders.”

That philosophy has paid off for Tri-Tech. The least-experienced manager of the company has been in the field for 20 years, and there are three people in the company who started out as helpers and are now supervisors of teams.

“There’s nothing worse than having a guy that is really good, but is a jerk, who makes everybody miserable,” Jeremy says. “I would rather have somebody who’s still learning and makes a few mistakes, but has a great attitude.”

Back in 1993, when Tri-Tech got its start, the Harmons were newly married and Jeremy was only 22. He had previously worked at a small HVAC firm and received his training from Universal Technical Institute in Phoenix.

Though he had a good job at the time, Jeremy felt like it was time to go out on his own.

“There’s a little bit of psychosis involved there, but it was more about wanting to do things right instead of doing projects just to get them done,” he remembers. “There is more of a feeling of accomplishment at the end of the day.”

But he adds: “We learned that it’s not as easy as it looks.”

Meanwhile, Brenda was starting her career in law enforcement. She was a parole officer at a juvenile detention center and managed that job while doing Tri-Tech’s books. Once they started a family, she decided to make Tri-Tech her full-time career.

“Now I deal with employees, and some of the same skills from my law enforcement days help me be a better manager,” she says. “As a probation officer, if you didn’t help people, what road were they going to take? It’s the same with employees. We try to give chances, hope and guidance.”

Founding a company in their 20s was a challenge, Brenda says, but she feels the gamble has paid off. “I love my husband and his passion for doing what’s right versus what’s easiest,” she says. “We were young and stupid and said, ‘Let’s do this.’ When newly married and only 20, you might not always make the smartest choices, but in all honesty, I wouldn’t change a thing.”

The Harmons are pleased that their three sons have all joined the family business. Jason works on the commercial side, Matt handles residential duties, and Zach works in the service department. The Harmons look forward to a day when their future grandchildren are running the company, and the couple can proudly watch a continuation of the firm’s success.

Until then, the couple will continue to focus on a diverse range of unique and complex projects, and enjoy running Tri-Tech with their kids and employees. 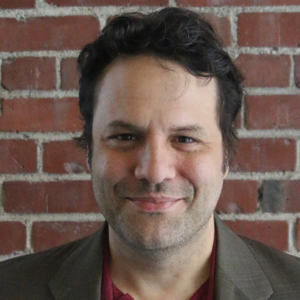 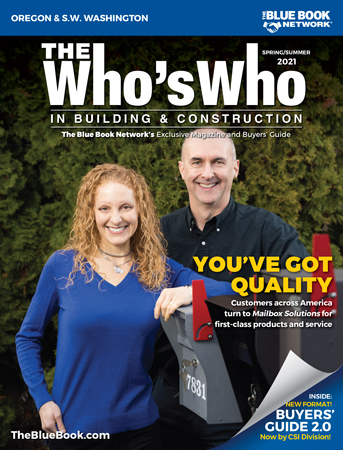