The Ties That Bind

Thirty-six years in business can give a company’s owners a lot of time to grow its operation and efficiency. That’s the case at Atlas Roll-Off Corp. of Brooklyn, New York.

The company offers commercial and residential dumpster services throughout the five boroughs of New York and runs a transfer station where recyclables get sorted from construction debris bound for landfills. The transfer station is open to residential and commercial customers. Atlas Roll-Off also delivers various kinds of stone, topsoil and more to the five boroughs, Westchester, Nassau and Suffolk counties, and New Jersey.

In 1983, President John Polsinelli started the company with his father and three brothers, with one truck and six dumpsters. John says his family had been in the ready-mix concrete business and there were always dumpsters on their customers’ construction sites. It felt like a natural fit to be able to directly supply their customers with dumpsters.

The business grew organically over the years.

“There’s no landfill locally, so when we started with our trucks in 1983, we were going to other transfer stations to dump, so we decided to open our own transfer station,” John says. And in 1985, they did just that.

“We take the material in, we separate it, and then we bring it to recyclers,” John says.

Atlas Roll-Off Chief Operating Officer (COO) and John’s son, Vincent Polsinelli, says that in 2019, the company processed 120,000 tons of material. “It continues to grow year after year, especially as the economy continues to grow and more people spend money on construction and home improvements,” he adds.

When they opened their transfer station, the majority of the materials that customers brought in ended up in landfills. Today, most of it gets sorted and goes to recycling facilities. Sorters pull out construction debris like steel, wood, cardboard and concrete to take to recyclers. “Rock and dirt recycling facilities also screen, clean and break down approved material to either be sold back to consumers or put back into the ground,” Vincent says.

Over time, the company’s footprint has expanded too. What started as an 8,000-square-foot dumping site grew to 23,000 square feet as John purchased land around his property.

And three years ago, they installed a larger picking station to get more recyclables out of the demolition material. Previously, workers were “doing a lot more picking by hand on the floor, which was very time consuming,” John says. Now, there’s a large sorting station, and the material is sent along a belt where each worker has a specific type of item to look for, such as steel, garbage or concrete.

“We’re going as green as humanly possible on our end, sending the least amount of product to landfills as possible,” Vincent says.

The way John and Vincent see it, it’s a win-win for the environment and their business. The robust sorting process allows them to take more to recyclers and keep more out of landfills. In turn, their costs are lower because they have less to haul to landfills, the cost to recycle materials is lower than landfill disposal, and they get paid for some recyclables, like steel and other metals.

While there are other transfer stations in Brooklyn, John says competition isn’t that high because haulers go to the nearest facility to offload debris, and there are few on the south side of Brooklyn.

But that doesn’t stop the company’s team from striving to be the best and provide the highest quality customer service. Atlas Roll-Off enjoys an A+ rating from the Better Business Bureau, and its team prides itself on providing consistently timely service.

“We try to get the customer in and out as fast as possible, and we keep a competitive price,” John says.

A Resource in the Wake of Tragedy

That price remained steady, even in the wake of Hurricane Sandy in 2012, when Atlas Roll-Off was a major disposal facility for debris from homeowners and remediation companies, as competitors raised their prices.

John and Vincent recall that it was a hectic time. They say a lot of people rented moving trucks to bring the debris to their transfer station.

“People would load up the trucks themselves and would line up around the block,” Vincent remembers. They say the frenzy lasted about a month until the city’s sanitation department started to pick up the rubble.

Vincent says people had been piling their damaged furnishings in the streets and brought “wet, moldy, dangerous material that they had to get out of their homes” to the transfer station.

“If we weren’t here, it would have been a lot worse. People at least had the ability to get the material out of their homes,” John says.

The team at Atlas Roll-Off is proud to be a resource to the community. Its two largest clients are New York City Transit Authority and the Long Island Rail Road to which it supplies dumpsters and stone.

And while the business provides a needed service, the Atlas Roll-Off team values its philanthropic efforts in the community as well. The company supports two organizations in particular whose causes the owners are close to: the Long Island Council on Alcoholism and Drug Dependence and the American Heart Association.

John and Vincent believe that, in addition to Atlas Roll-Off’s commitment to customers and the community, its company culture has a lot to do with the organization’s success.

“We’re always accessible,” Vincent says. “When you visit us, you’re not just talking to the front office manager. I’ve been working with my father for 10-plus years. A couple people have been here 20-plus years. Guys in the yard have been here 10, 15, 30-plus years. We all work together, and that makes it easier for our customers.”

He says if there is ever a problem, “We are always available, and we can get it resolved quickly and efficiently.”

There are about 30 people on staff, John says, and the longest-serving worker has been there since day one. In a time when companies often expect employees to leave after a few years on the job, it’s different at Atlas Roll-Off.

“When you treat guys well, you respect them and you pay them well, they’re happy to stay,” John says.

For John and Vincent, the relationships with their employees are special and go beyond business.

“We spend a lot of time together,” Vincent says.

Vincent agrees. “We’ve been to each other’s weddings, we eat lunch together in the office every day, and we’re constantly bouncing ideas off each other.”

“When you spend so many years together with people, it’s important to be with people you actually like and can talk to,” John says.

That close-knit feeling starts with the Polsinellis, a large family that owns several construction-oriented businesses. “At family gatherings, it’s always family first, business second, and that’s how we’ve been able to work together all these years,” Vincent says.

A Leader in the Making

Vincent grew up going to the yard with his father and was always fascinated by the excavators, front-end loaders and large trucks on the site. He wanted to learn all about the business. So he worked there during summers in college, and in 2011, graduated with a bachelor’s degree in business management from Hofstra University.

“I started working here the day I graduated college, and I enjoy working with my father daily as I believe it’s a privilege to be able to spend time with him,” Vincent says.

He says years of hard work at his family’s businesses helped prepare him for his COO role at Atlas Roll-Off.

“In 2002, ninth grade, I started going to work with my cousin at the concrete plant every day during the summer while my friends were hanging together without jobs. My uncles were teaching me the business. I value those times as it instilled hard work and a foundation for my hustle mentality,” he says. “Taking the train every morning at  5 a.m. and coming home exhausted covered in concrete dust and sweat at 4:30 p.m. wasn’t ideal, but I truly valued the time I got to spend with my cousin, uncles and grandparents who were always bossing me around, teaching me the ways.”

He also worked at the family’s snow removal business over long, cold winter mornings and late evenings, where “freezing, numb, soaking wet was part of the game.”

“I’ve been able to take these experiences and build on them year after year to get where I am today as COO,” Vincent says.

For John, it’s important to have Vincent at his side. 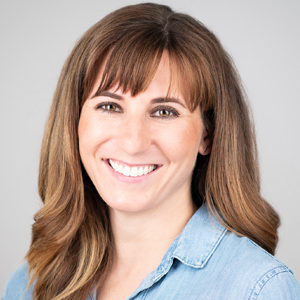 Jacquelyn Gutc performs writing, editing and email marketing for organizations and professionals while writing feature stories for The Who’s Who publications. 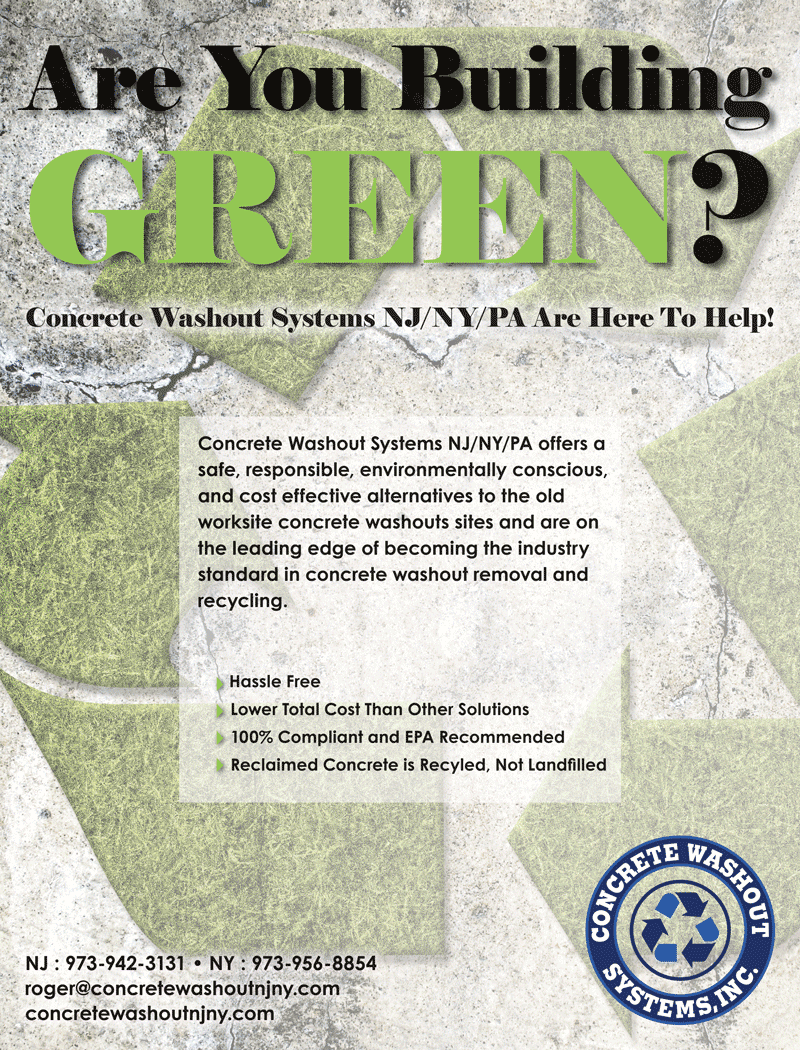 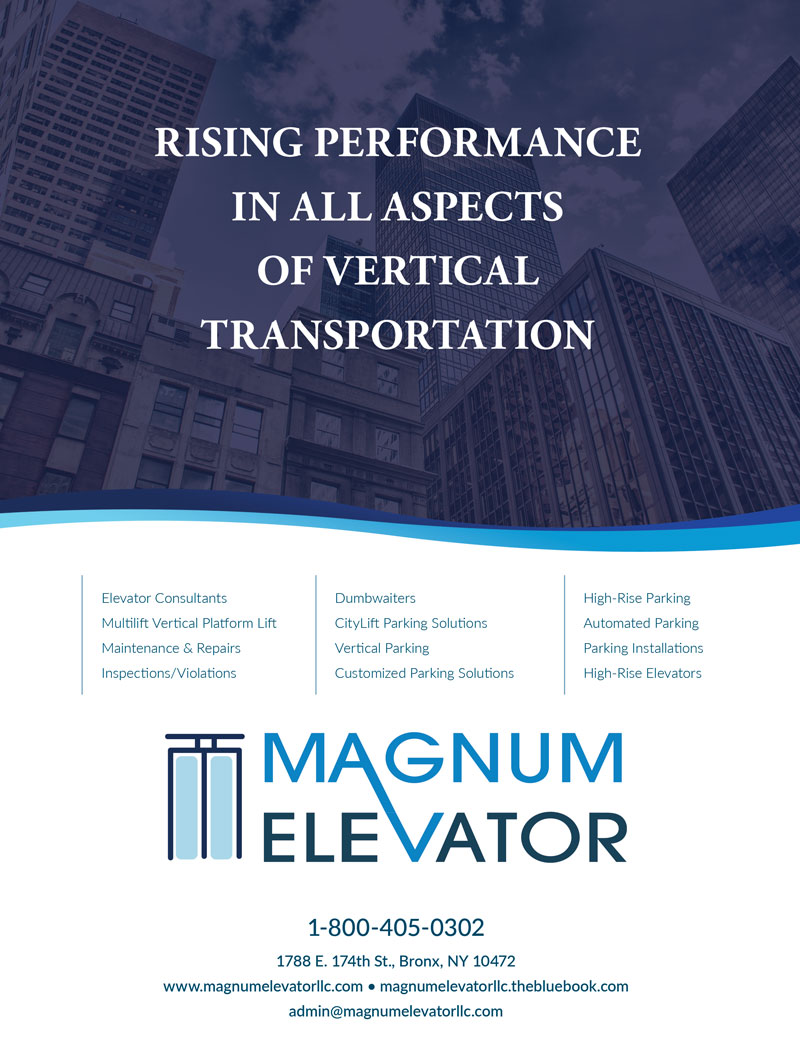 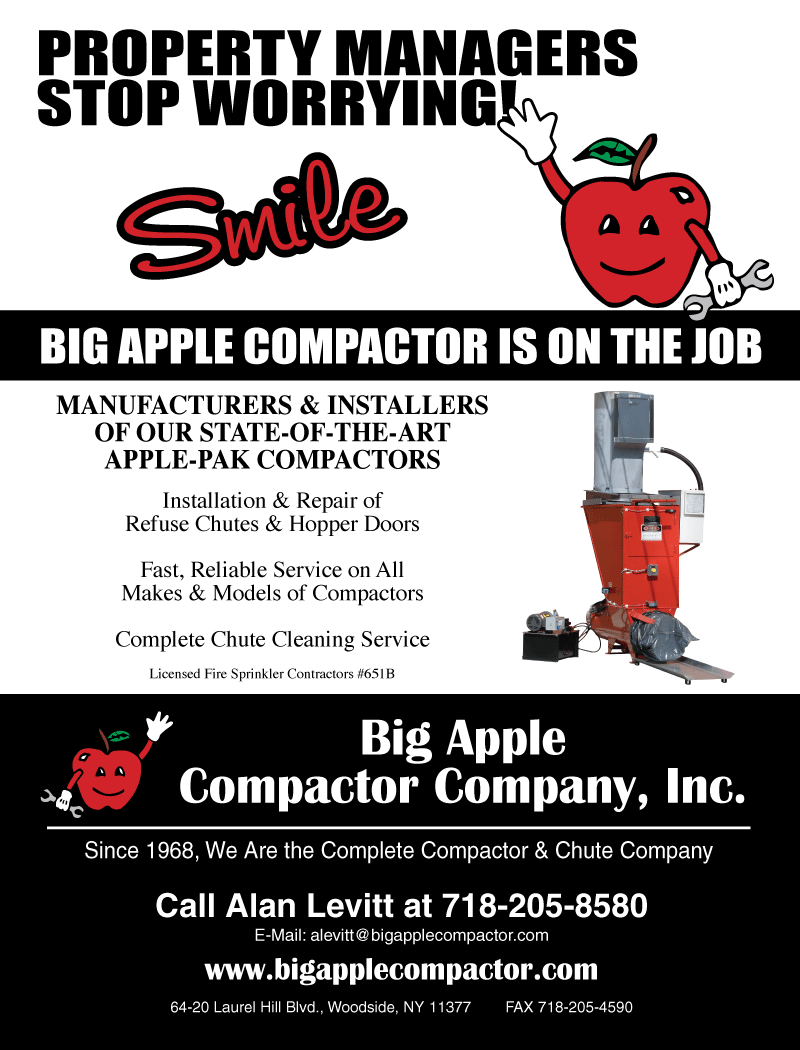 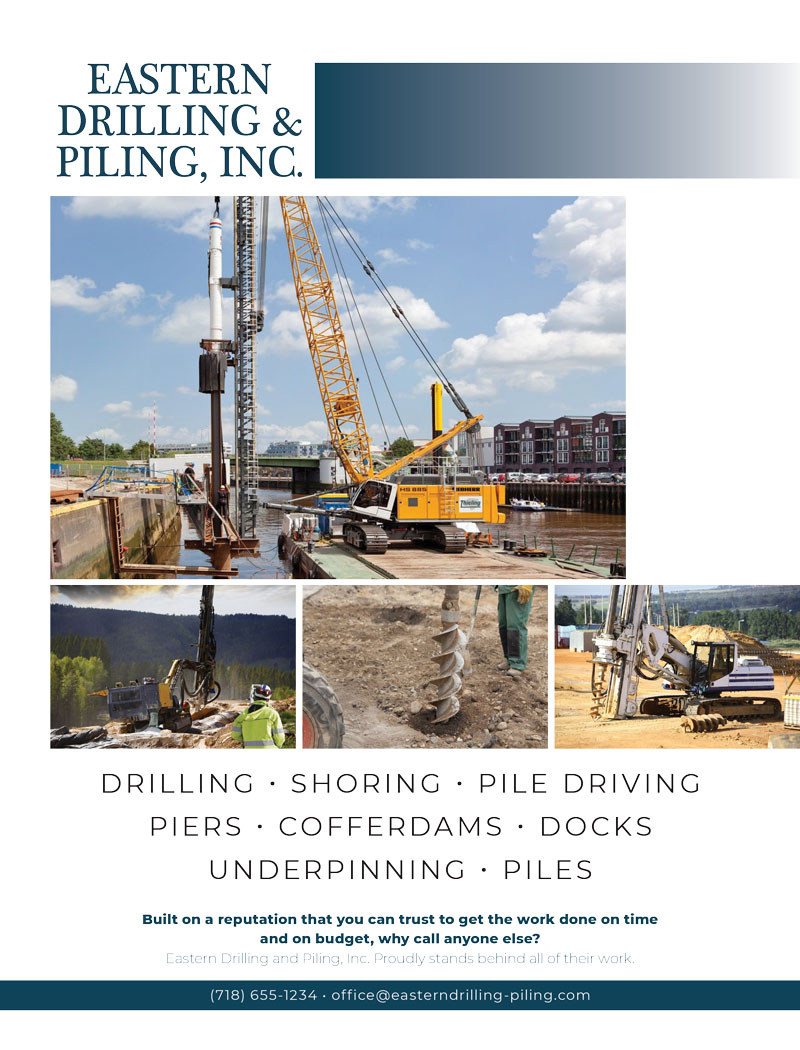 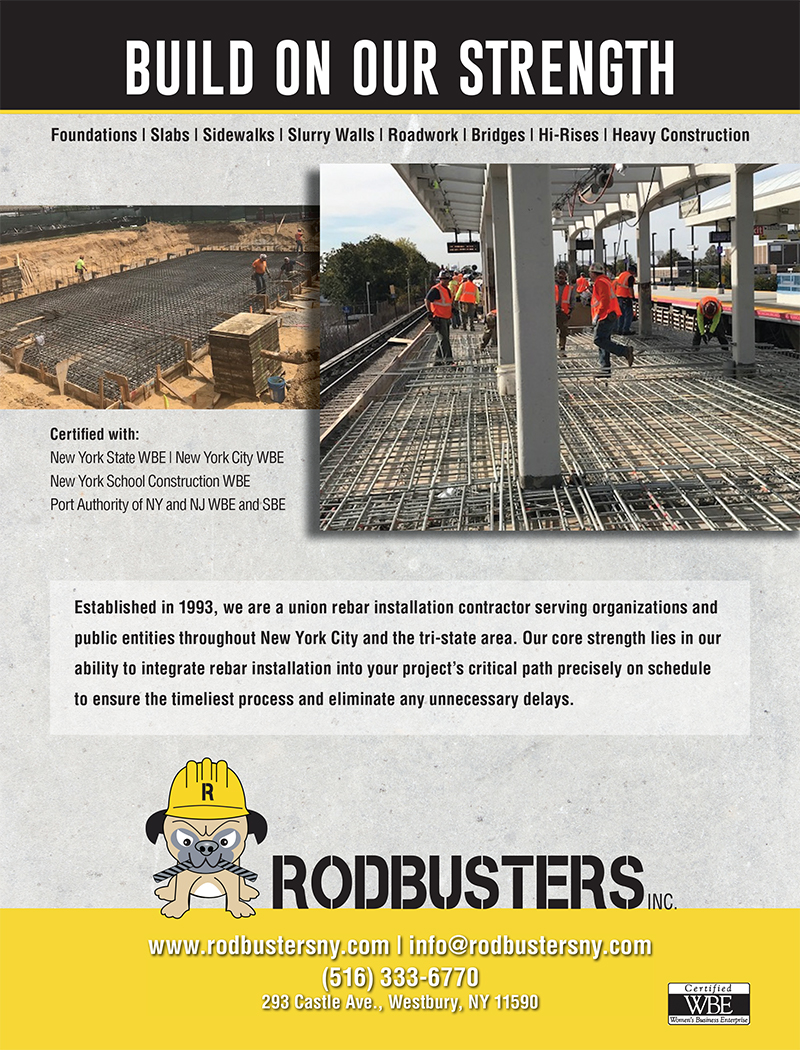 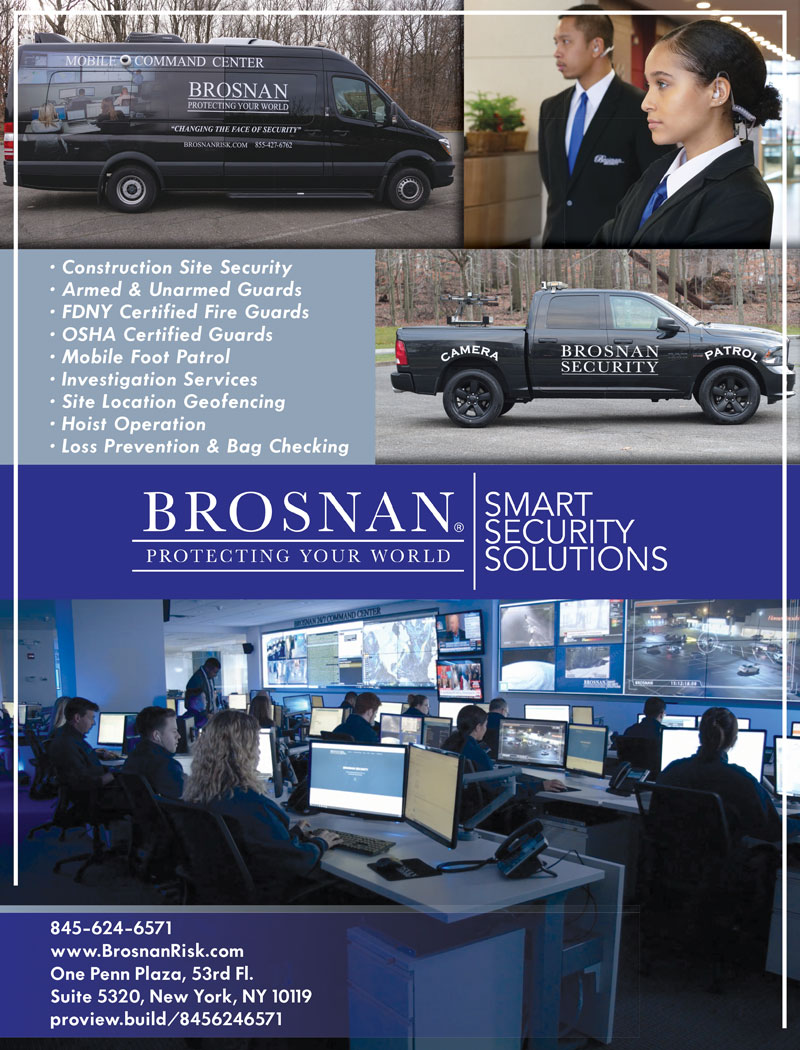 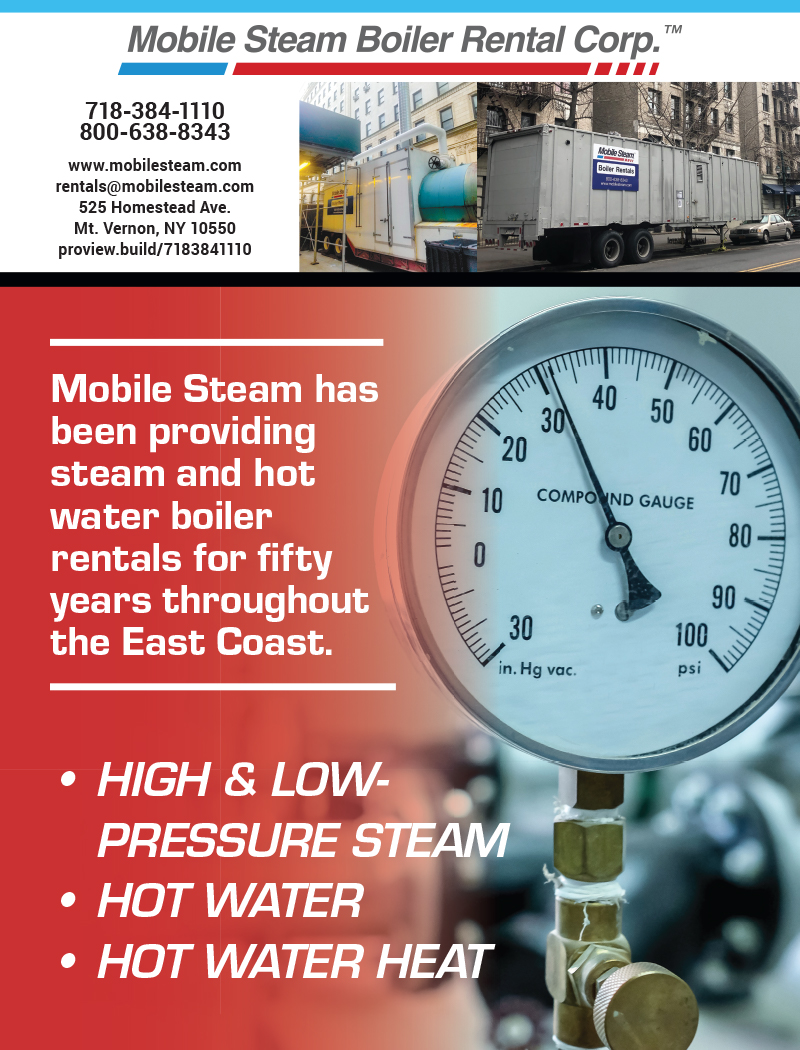 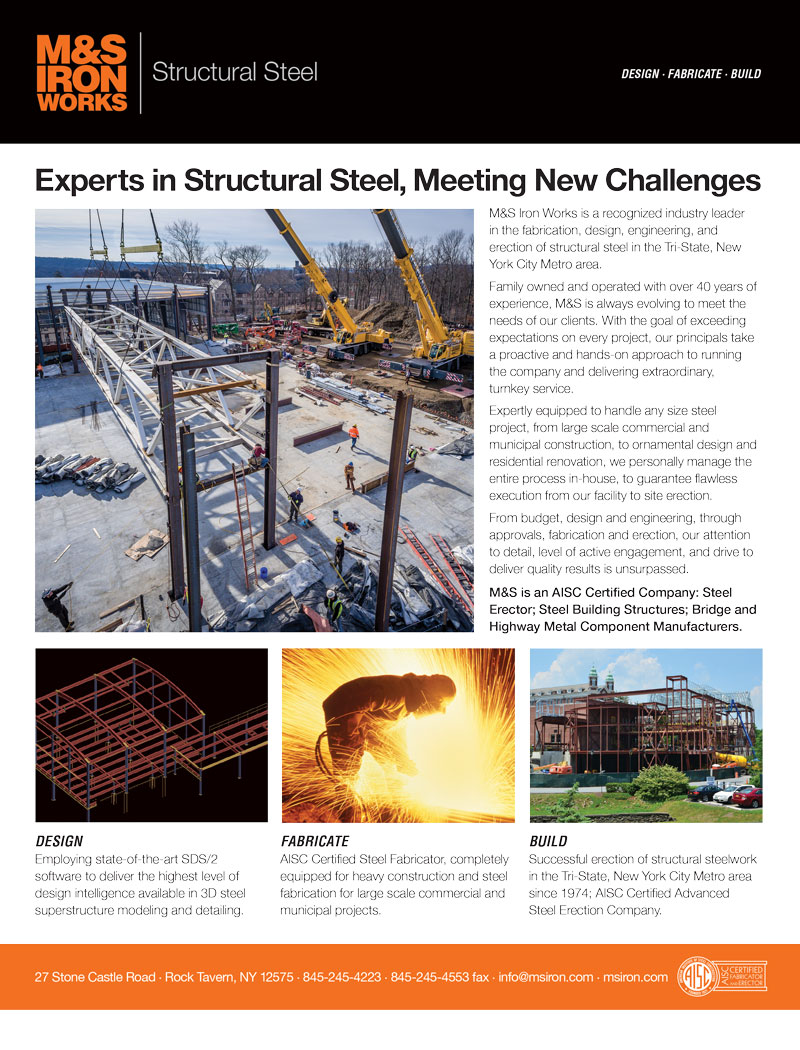 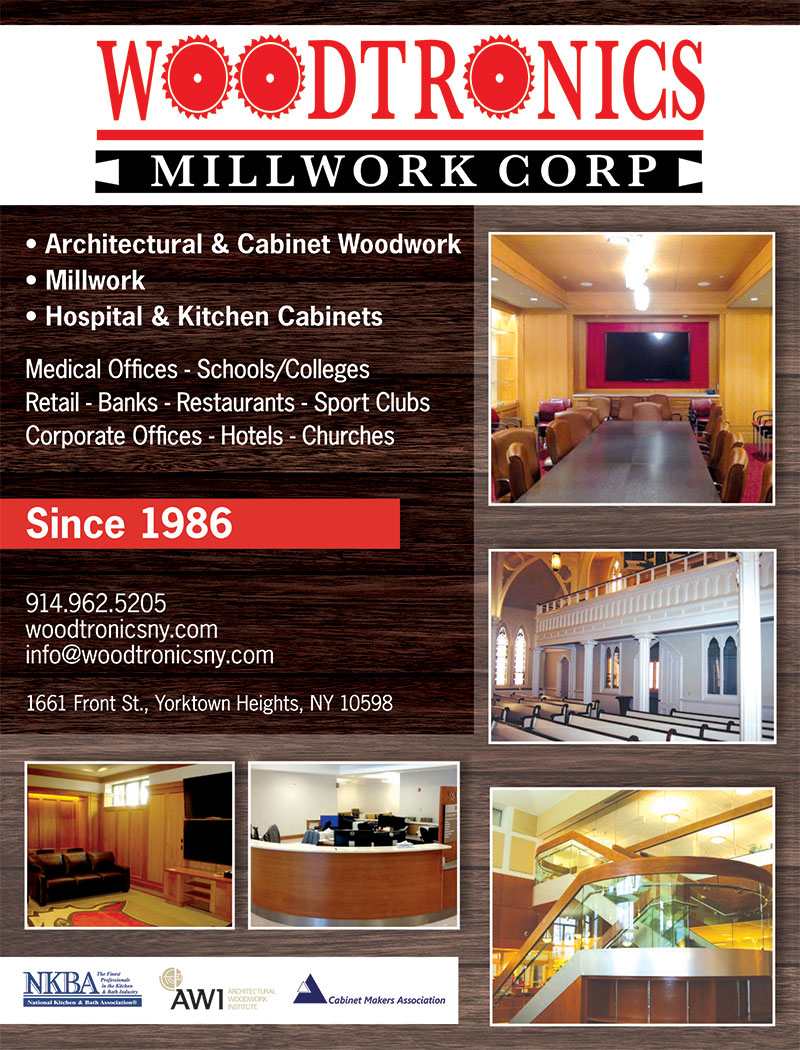 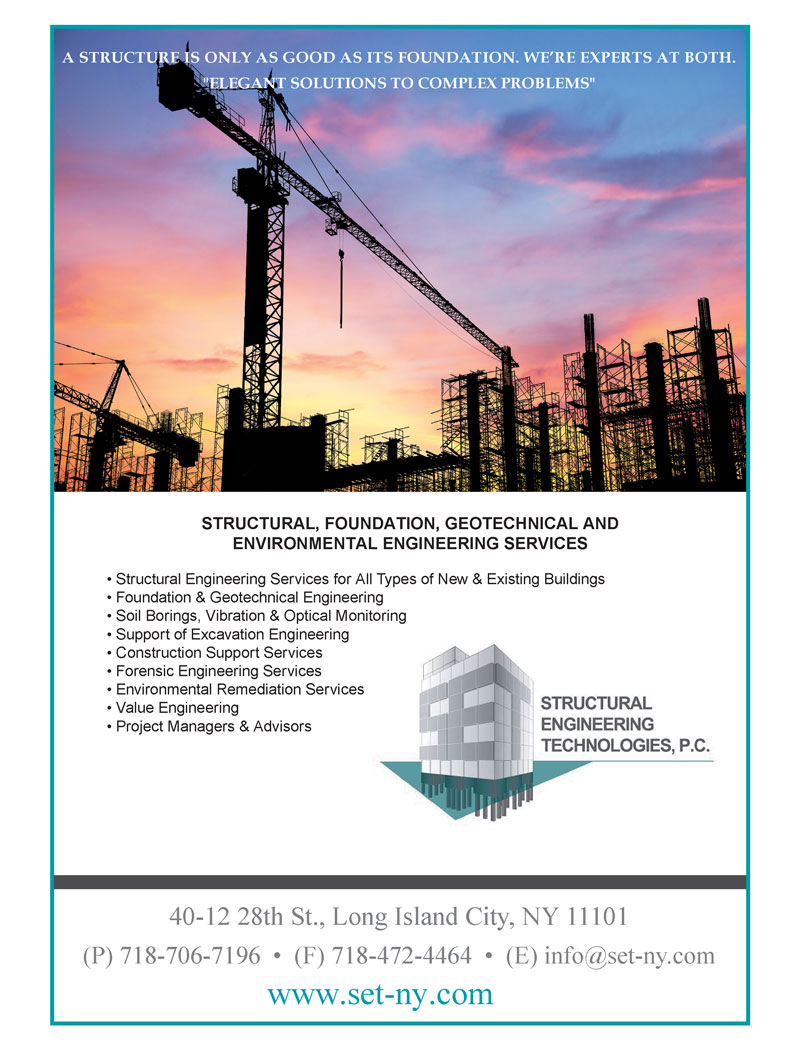 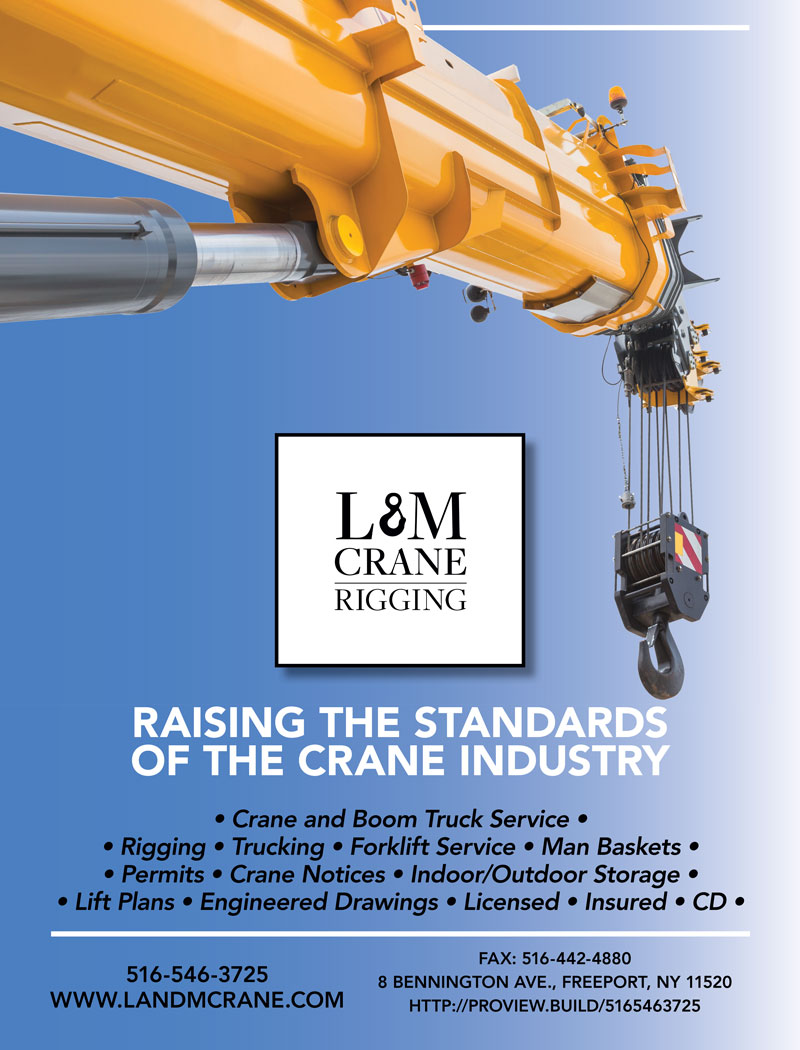 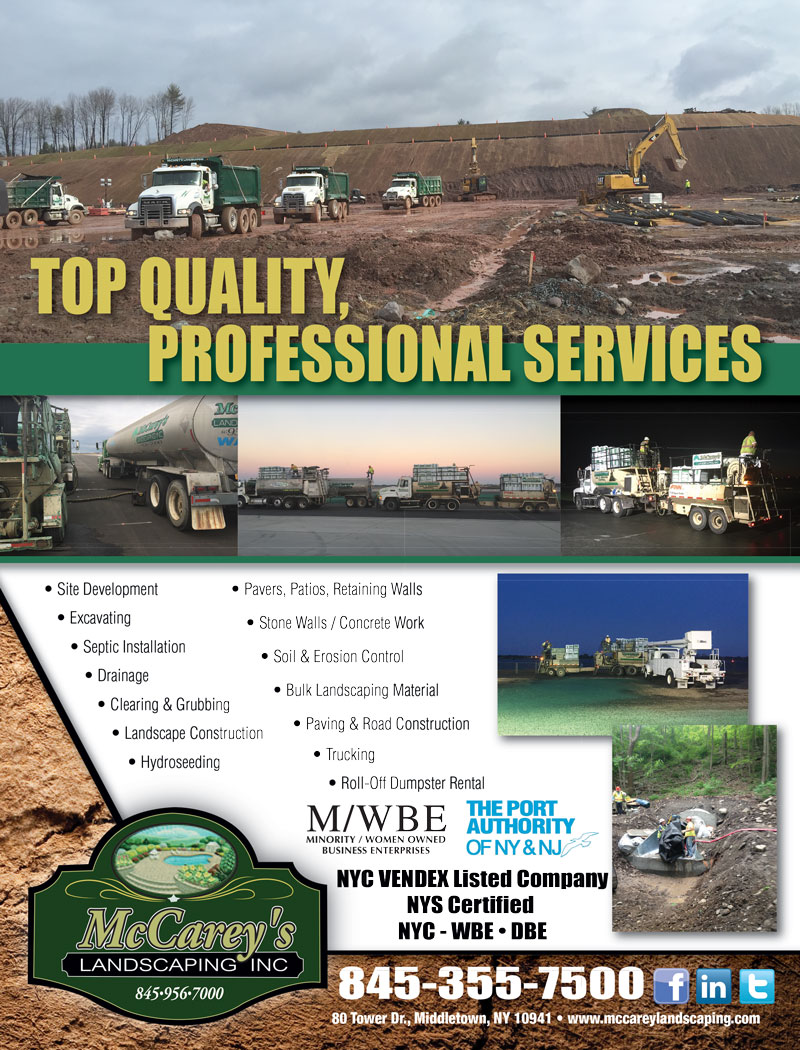 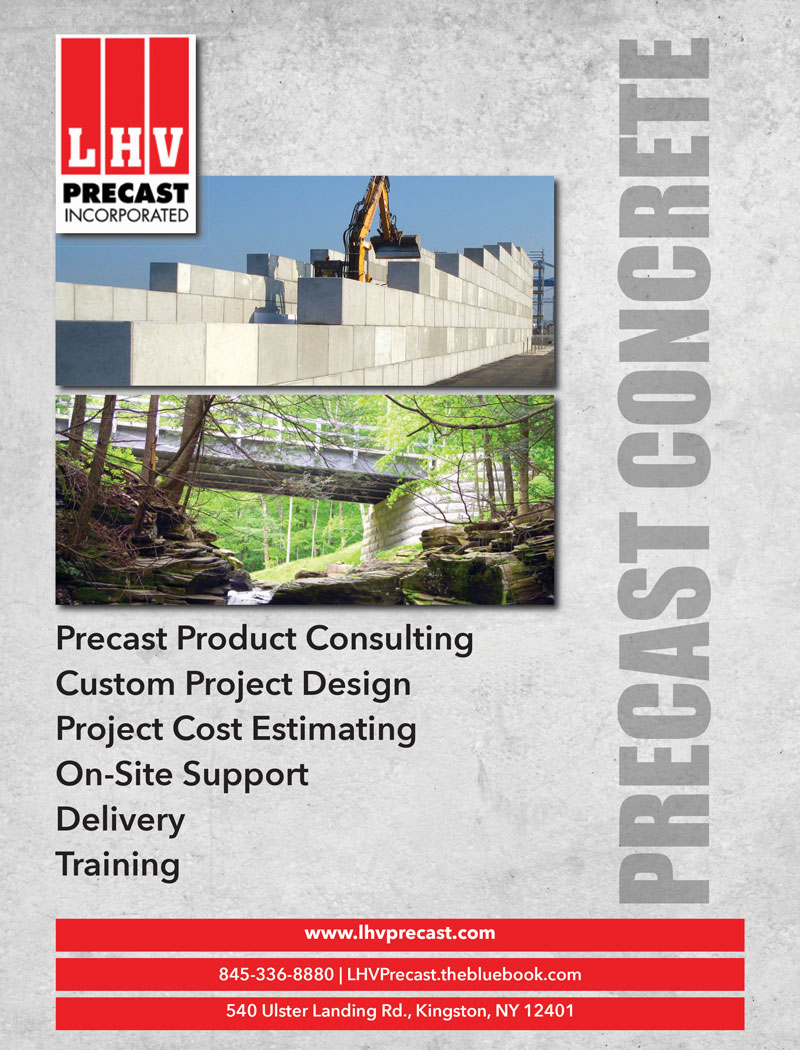 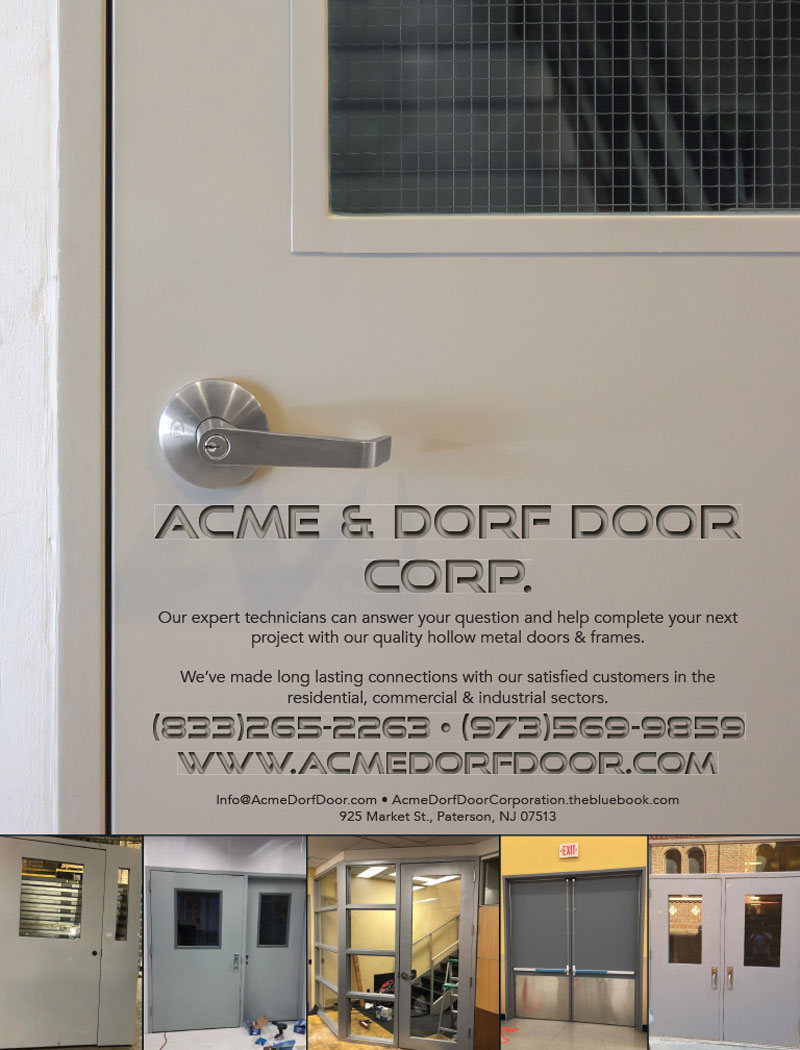 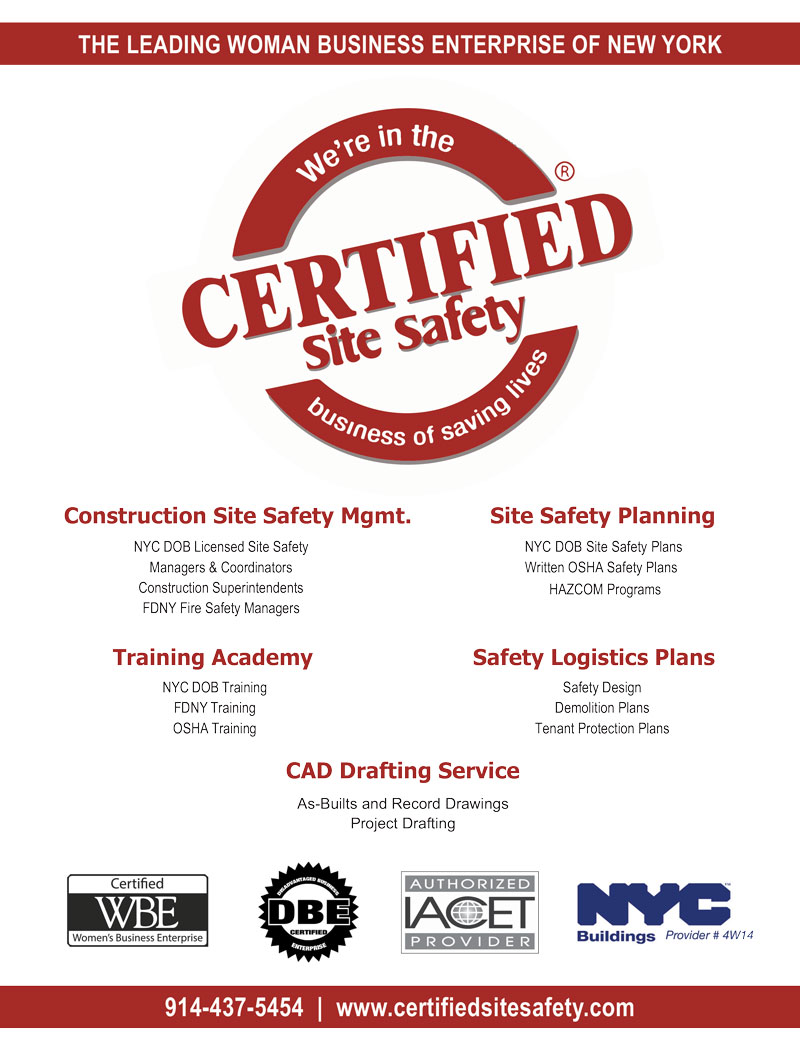 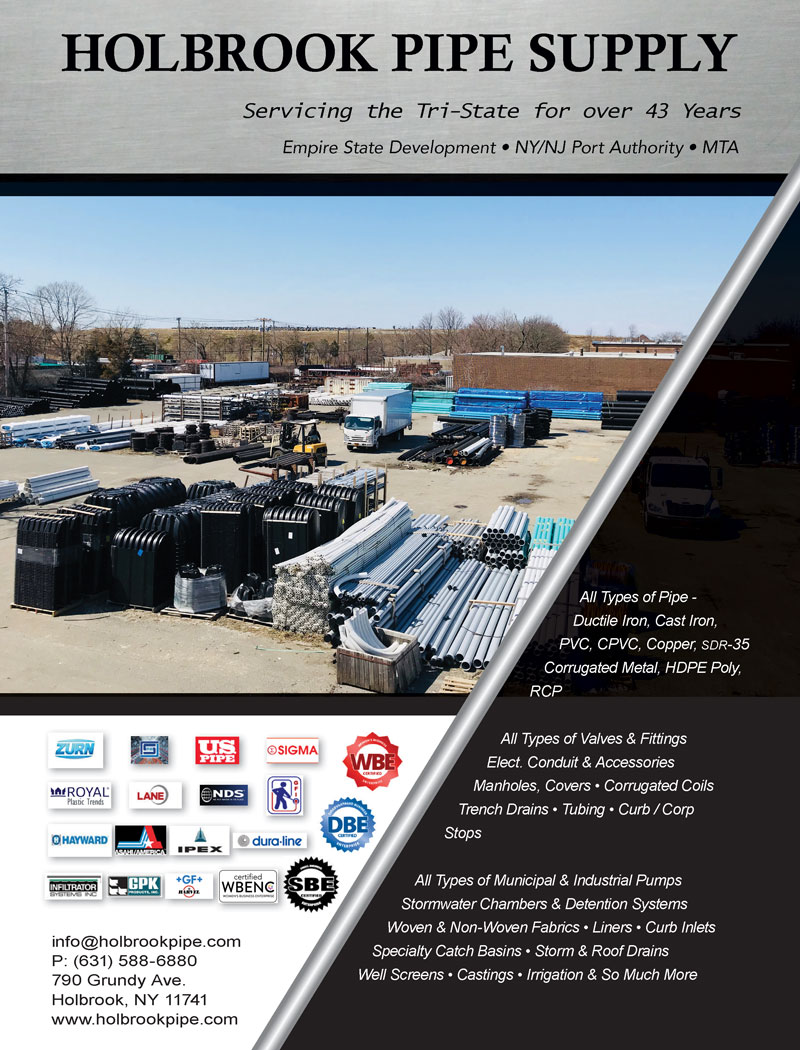 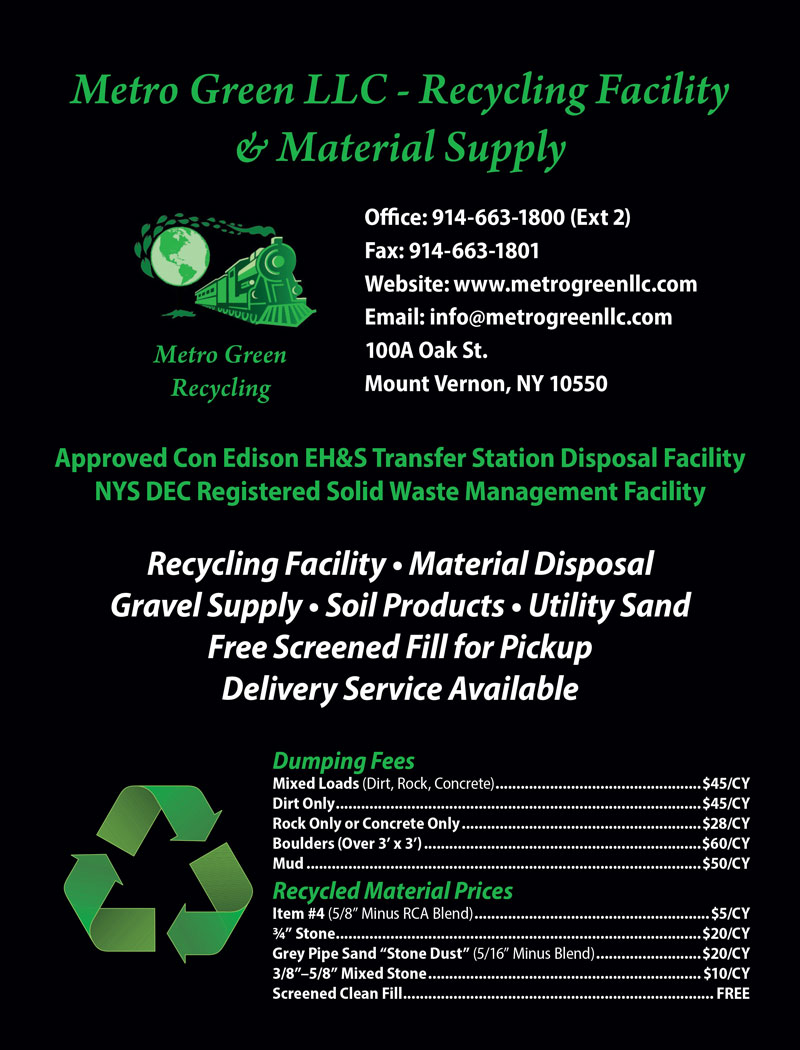 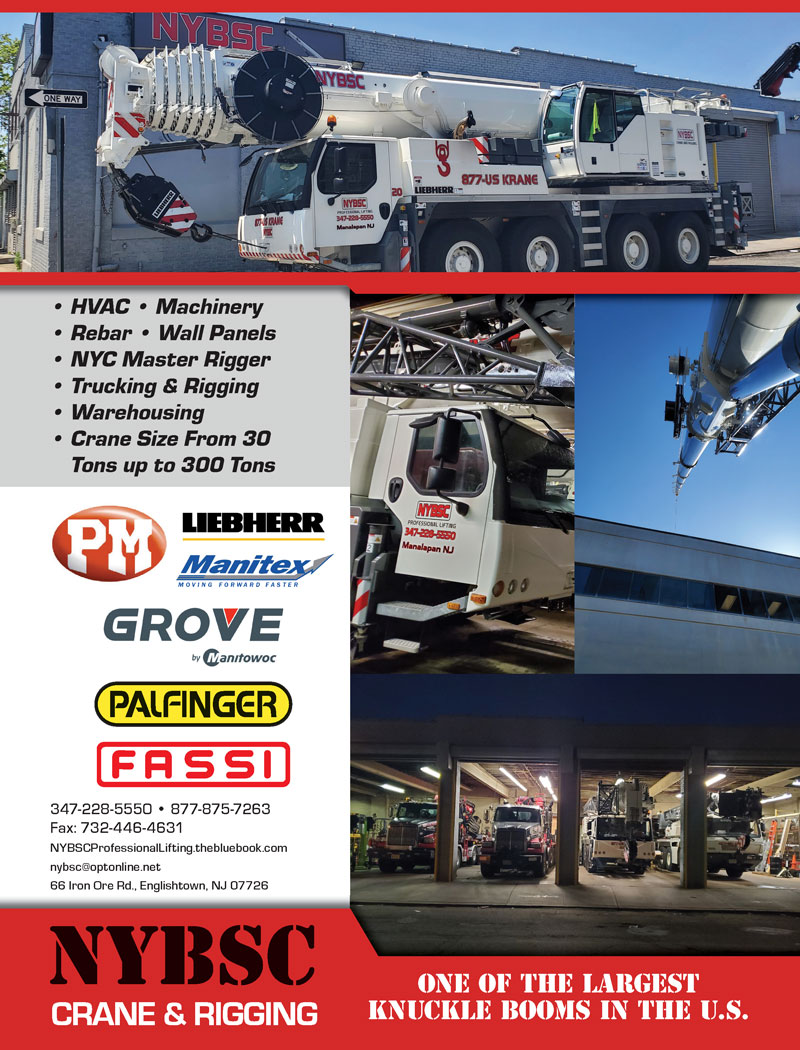 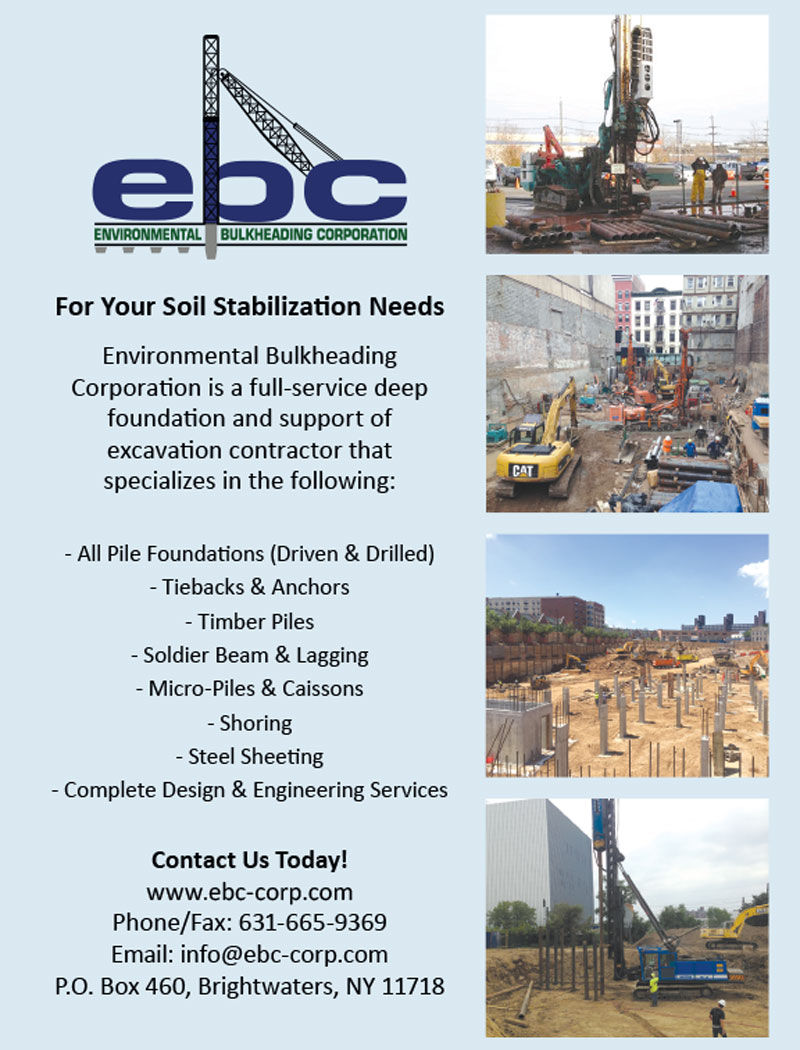