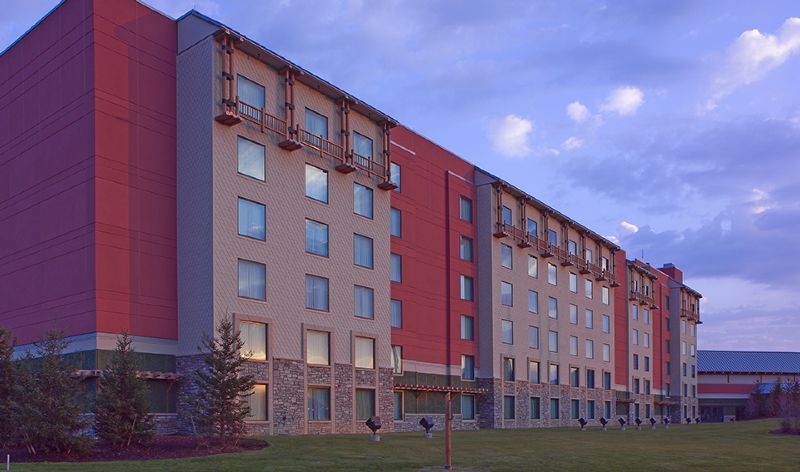 The Four Winds Casino Resort in New Buffalo, Michigan is a testament to the power of teamwork and a shining example of what is possible when a group of committed team members come together to share their talents and expertise. The dazzling new casino—replete with high-end finishes and themed architecture—is the pride of the Pokagon Band of Potawatomi Indians, and is fostering economic development for the tribe as well as the surrounding Southwest Michigan region.

The joint venture team of The Christman Company and Kraus-Anderson Construction Company was awarded the construction management of the project in 2001. Just as the project design was finalized and the building pad completed, the project encountered legal issues that delayed it for what would become a period of five years.

Working together with the client and design team through a highly compressed planning, bidding and estimating schedule, the Christman/Kraus-Anderson management team quickly identified an impressive cast of highly skilled and experienced trade contractors. 14 short months after contractors started work, the 327,000 s.f. casino resort opened for business.

Ramping up a project of this scope quickly and completing it efficiently within the aggressive timeline presented significant challenges:

$7,000,000 in scope was added to the project three months after construction began, with no schedule extension.

The client required phased turnover for early occupancy of the buildings for hiring, training, installation, and facility management.

Over 2,500 individuals worked on the project, with an average of 500 workers onsite daily.
The casino was a one-of-a-kind design with high-end finishes  and many themed elements requiring unique construction techniques.

Trade contractors worked on five buildings in tight proximity during harsh winter conditions in the Midwest.

The Four Winds Casino Resort design highlights the natural resources of the surrounding area as well as the natural materials important to the culture of the Potawatomi Indians. Christman/Kraus-Anderson contractors developed and applied a number of faux finishes  the facility to mimic natural products and provide a high-end finish at an affordable price:

Cultural and historical representation of natural elements, including casino carpet designs based on photographs of the forest floor which included cat tails, wild rice and the flora and fauna of the region.
Ornate granite rotunda floor, featuring a pattern of fire flanked by two massive fireplaces representing the Pokagon Tribe who are known as “the keepers of the fire”

Cedar arbor opening to the gaming floor, depicting the totems and colors in the circle of life - eagle/yellow, otter/black, milky way/red, and bear/white – which are rich in meaning and significance to the Pokagon Tribe.
Authentic logs - harvested in Canada and which represent the strength of the tribe - are used  the facility.

Life-like structural concrete faux “logs,” were used  the structure which, even when observed at close range, are difficult to differentiate from authentic logs

Christman/Kraus-Anderson completed this highly-successful project on time and under budget, placing the bulk of the construction work in place within the first 12 months of the 14-month schedule. The team returned significant savings to the owner from the Guaranteed Maximum Price. Within 30 days of substantial completion of construction, the project was fully complete with no outstanding changes, payments, claims, or issues. 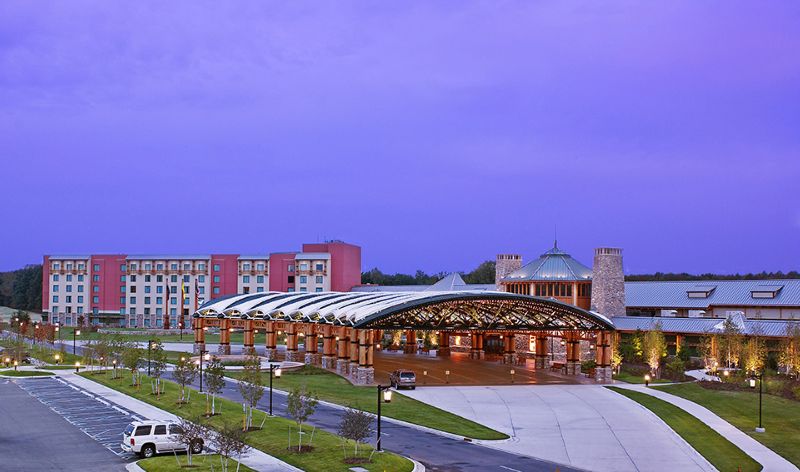 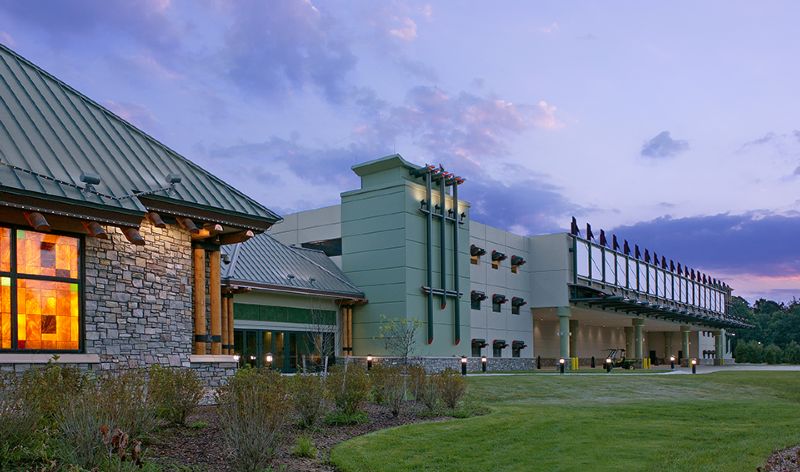 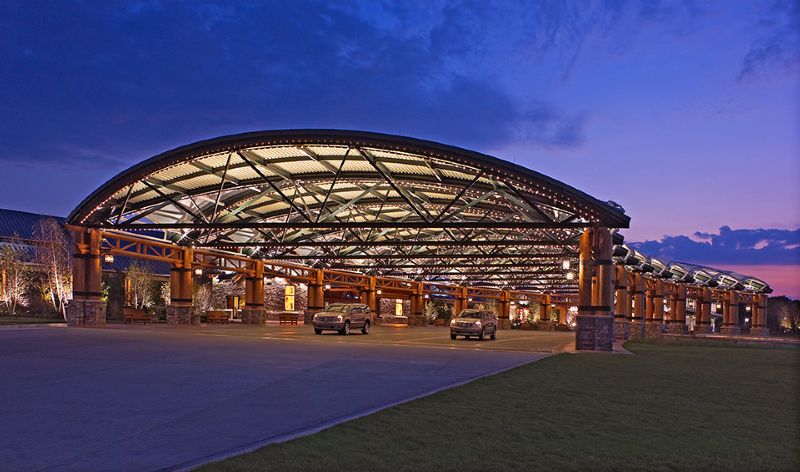 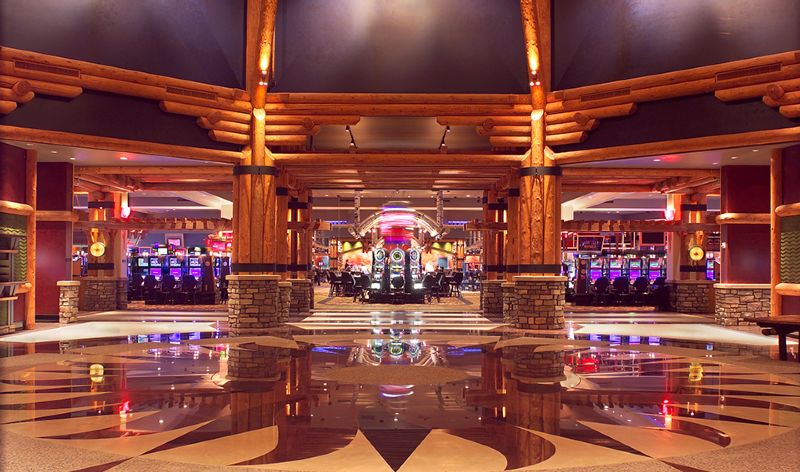