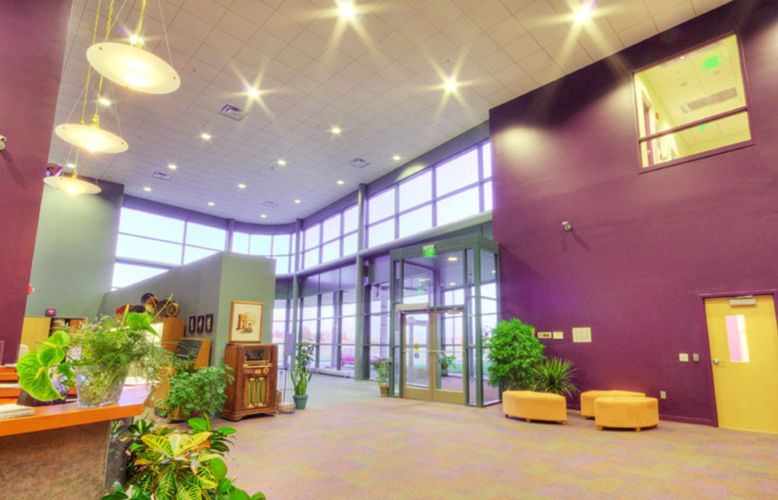 Since the companys early days, FoxArneson has built and maintained a relationship with Full Compass Systems, beginning with a modest remodeling project of one of their early buildings. As Full Compass Systems grew, they began discussions with FoxArneson to undertake a much larger expansion and double their existing facility to become their new world headquarters. FoxArneson began the process by evaluating the site to determine the feasibility of the new facility being built on a parcel of land on the west side of Madison. As the evaluation began, FoxArneson discovered that special planning and preparation would be needed to address the shallow bedrock present at the site. The final plan included securing the necessary permits to utilize explosive demolition to prepare the site for the construction phase. Upon completion of the preconstruction services phase, site evaluation and budgeting, FoxArneson was selected to be the design+build contractor for the project. FoxArneson was chosen not only for their ability to serve as a single-point-of-contact but their ability to expedite the construction process efficiently and effectively as a true design+build firm. As the project commenced, FoxArneson partnered with the Larson Darby Group to perform the projects architectural services. The architectural plans and design included additional office space, sales and showroom areas, a large call center, employee cafeteria space and an extensive distribution center with room for future expansion. Within the projects design were some unique features where careful attention to detail was required throughout planning and construction. For instance, the project involved sensitive sound control requirements for the on-site acoustic recording studios where Full Compass Systems performs equipment testing for their clients. Today, Full Compass Systems is very proud of the facility that FoxArneson delivered. The facility has not only served the company well through its growth but continues to project the organizations legacy.