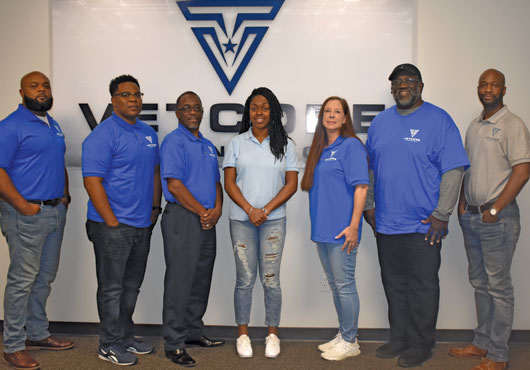 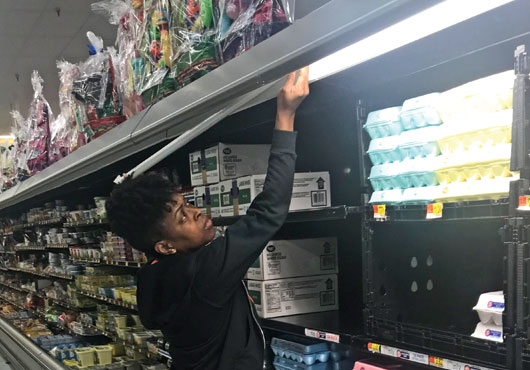 Ask Michael Higgins what makes Houston-based Vetcore Technology (Vetcore) special, and the Louisiana native quickly replies that his is a veteran-owned-and-operated company. The CEO stresses that because of the rigors of military training, veterans tend to pay special attention to detail and bring an intense, high level of commitment to a project. That’s what he thinks makes his team and its involvement in client work so impactful.

The Vetcore team is proud to have achieved HUB (Historically Underutilized Business) certification in the state of Texas and Minority Business Enterprise (MBE) certification with the city of Houston. These certifications help the company obtain assignments from construction companies that are in search of HUBs to meet minority participation goals. In addition, Vetcore earned Service-Disabled Veteran-Owned Small Business certification that helps it obtain federal contracts through the Department of Veterans Affairs and other agencies.

A Startup is Born

Michael, his wife, Umeka and Melvin Wade—all military veterans—formed Vetcore in 2017 because they believed they had a better approach to doing business and they wanted to give entrepreneurship a try.

“We pride ourselves in getting things done the right way,” Michael says. “From our experience, we’ve learned that vets share this value, and they especially demonstrate integrity and selfless service.”

Nearly all of the eight Vetcore employees have military backgrounds. Michael served in the Army for eight years in communications in North Carolina and Germany, and his service included a deployment in Iraq from 2003-2004. Umeka, Vetcore’s Chief Financial Officer, was an administrative assistant in the Army National Guard for eight years, primarily in Dallas. The other founder and Chief Operating Officer, Melvin, served four years in the U.S. Air Force, primarily in Utah.

Regarding customer care, the Vetcore team prides itself on going well beyond the norm.

“There’s not a lot of looking over people’s shoulders. We trust that our people will take ownership of a project and work together with a sense of trust and cooperation,” Michael explains.

A recent data job for Powerhouse Retail Services in New York and Pennsylvania helps illustrate how Vetcore teammates jump in to help each other out when a problem arises in order to best benefit the customer.

“One of our electricians had missed his flight, and I was able to find him another flight, hotel and car rental quickly so that he arrived on time in New York to do the work,” says Dee Raesner, Project Manager. “The customer didn’t know what was taking place behind the scenes. We all work together—no matter whose project it is. What’s more, we all know what’s going on with each other’s projects. That way, we can help out wherever we’re needed.”

Michael adds, “We place a big emphasis on communicating with our customers regularly throughout a project. We don’t like to keep customers waiting for a response from us. Instead, we respond quickly and always are available to customers.

I think this separates us from the competition. We’re pleased that our customers keep coming back because they like the way we do things. And, they’re helping spread the good word about us to others.”

Umeka agrees, “We try to be transparent with customers. It’s important for us to be open and honest with them. And if we do make a mistake, we own up to it and strive to fix things as quickly as possible.”

Alexander Kotun, Operations Manager, remembers a job for Viewpoint, a surveillance/security company, in which the original scope was to troubleshoot why an off-site security camera wasn’t working.

“Upon inspection, it turned out that the hard drive was corrupted. So, together with the customer, we determined it needed to be removed and shipped to the customer. We did it even though it was beyond the original scope of work. We sent the shipping information to the customer so that he could track it and know when to expect it,” Alexander explains.

He, too, stresses how teamwork is valued at Vetcore. “We don’t just work on a project alone, we work as a team. At the beginning of a job, we usually split the work between two separate teams. Although we’re doing different tasks, we get together and talk so we all know what is going on,” he says.

Vetcore migrated into the electrical business two years ago when it won a three-year electrical contract with Walmart. Since then, the company has upgraded interior lighting from fluorescent to LED in about 100 Walmart stores located throughout Texas and South Carolina. Thirty more stores will be upgraded this year.

The Walmart electrical work, won in January 2018, was the impetus for a shift in the way Vetcore thought about its business. This new opportunity allowed the company to focus almost exclusively on electrical work. And this assignment eventually led to additional electrical work.

The CEO is pleased to share the story of how the Walmart opportunity came about.

“Powerhouse is a general contractor who called us for the Walmart project,” Michael says, “They found our information in The Blue Book. The GC asked if we were interested, and later we learned that Walmart had decided to take a chance on us,” he says.

To demonstrate how important the Walmart work is to Vetcore, Melvin shares that, in early February this year, Vetcore got a call from a store in South Carolina where the company had performed an electrical upgrade two years ago.

“The problem was with the lighting dimmers. Half of the store was dim and the other half was fully lit. We got there within two days and fixed the problem within a day. Even though the project was out of scope and out of warranty, we did it on the strength of our relationship with them,” he says.

In addition to the Walmart jobs, Vetcore has performed electrical work at more than 200 Target locations nationwide. The company has a yearly maintenance contract where it maintains the lighting infrastructure for hundreds of stores for K&G Fashion Superstore, Men’s Wearhouse, Whole Foods Market and Tom Ford in Texas, Louisiana, Tennessee, Alabama, Georgia and Florida.

Most people would agree that cellphones are important. At Vetcore, cellphones are invaluable. Because much of the employees’ work is done on tight deadlines, this means that customer and team member calls can come in the middle of the night or on holidays just as easily as during the workday.

“We’re constantly communicating with our crews as well as our customers,” says Adrian Burton, Project Manager. Our goal is to make things seamless for the customer and to get our jobs done on schedule. When any need comes up for a customer, we start communicating with each other to get the problem solved.”

Adds Dee with a smile, “My children tell me that sometimes I look like a teenager because I always seem to be on my cellphone.” 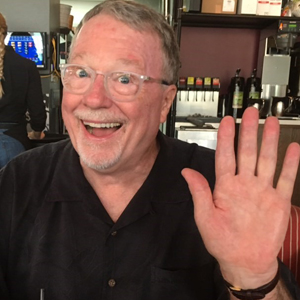 Ben Wheatley is a public relations and marketing executive who began his communication career as a newspaper reporter and photographer. 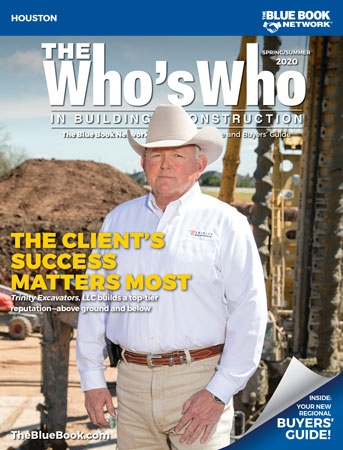