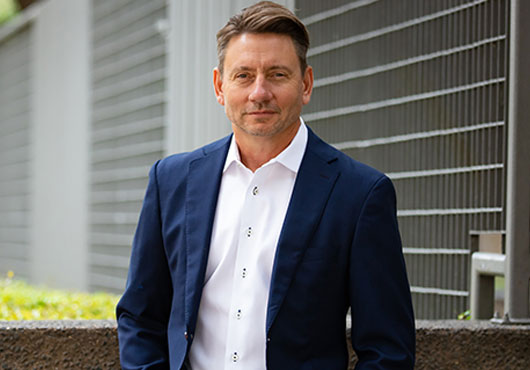 Shane Deville is President and CEO of TriArc Construction. He has over 30 years of experience in the construction industry. 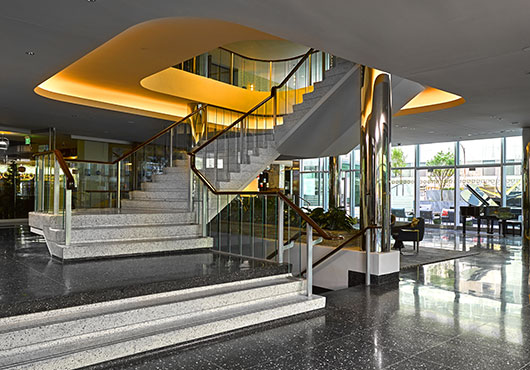 The Statler Dallas, Curio Collection by Hilton hotel was part of an urban redevelopment and historic preservation project on which TriArc Construction was the general contractor. The project spans an entire city block.

Being of service to others is a core principle at Dallas-based TriArc Construction (TriArc). Beyond delivering a high level of customer service to its clients in the commercial, hospitality, mixed-use, office and renovation sectors, it also works to be of service in the community—and to its employees, valuing their input, individuality and personal contributions.

It all begins with employees, says TriArc President and CEO Shane Deville, and is reflected in the company’s projects and community service work as well.

“Our policy here is that it doesn’t matter what time you come in or leave. If you need to take time off and decompress, that is fine. We want all of our team members to have hobbies and encourage them to spend time doing them to get their head out of the game,” Deville says, believing that having things to do outside of the construction environment helps facilitate their growth. “We believe that development and growth first stem from knowing what motivates each team member on a personal level, then professionally.”

At TriArc, there are no annual reviews. Instead, Deville’s leadership group practices a cycle of constant feedback, where everyone in the company knows their goals and works toward them. “If you are doing your job, we need you to know you are,” he says, “And if not? We need you to know that, too.”

This system of open communication begins with the right hires. Deville says there is a certain something he looks for before inviting people to join the team, and it has less to do with their resumes and more to do with having a great attitude and how they fit in to company culture.

When it comes to hiring, Deville abides by the theory of leadership espoused by speaker Simon Sinek, who has been quoted as saying, “You don’t hire for skills, you hire for attitude. You can always teach skills.”

“So much of what we look for here at TriArc is that ‘I’ve-got-your-back’ mentality. Our core values are very important to us,” he says. “In fact, we hire and grade our team, including me, based on our five core values: Do what you say you will do; Do the right thing; Stick-to-itiveness—which basically means determination and persistence; Gumption, which means taking the initiative with a sense of urgency; and enthusiasm.”

A strong assembly of servant leaders meshes well with the company’s commitment to charity initiatives, such as last fall’s clay shoot event to benefit Mammogram Poster Girls Inc. The breast cancer education and treatment nonprofit raises funds for mammogram, biopsy, ultrasound and other services for patients in need. TriArc was the presenting sponsor for the event, which raised over $25,000 for the organization.

With a trusted team and management strategy, TriArc has high-profile projects and awards in its portfolio to show that both are working.

The firm is a general contractor for the luxury Residences at the Stoneleigh in Dallas. Although TriArc is not a residential contractor, Deville says, the project was part of an arrangement when he started with the other two owners of the company in 2014. Those two owners are no longer a part of TriArc effective June 2019. With some units selling in the $4.5 million range, the final few are slated for completion this summer, he says.

The approximately 44 luxury condominiums in the 22-floor high-rise are all custom designed, Deville says. They feature amenities such as full-height fireplaces, walk-in wine rooms, heated floors, catering kitchens complete with Sub-Zero, Wolf and Thermador appliances and specialty interior doors. Another unique commercial application is the use of ceiling isolation hangers in each unit for sound absorption. The custom finish-out work for the interior of each unit came with plenty of challenges concerning its proximity to other structures while work was underway, but TriArc rose to the occasion.

Workarounds had to be devised concerning logistics of moving materials and workers onto the site. Since 2014, it has all been done through a single freight elevator, with an entrance point about a half block away from the staging area, Deville says.

“The site is also adjacent to a hotel and other structures, causing issues with traffic, pedestrian control and wayfinding,” Deville says. “Parking for construction  personnel, guests and patrons had to be established. There were no available material laydown or storage areas  convenient to the site. We employed a ‘just-in-time’ delivery method to coordinate and install materials and equipment,” he says. To maintain relations with the residents already living at the high-rise, noise and dust control were main  priorities while work was underway.

The Statler Hilton hotel (now The Statler Dallas, Curio Collection by Hilton) is another project that has put TriArc’s strengths on display.

Representing American mid-century design, the Statler Hilton had 1,001 guest rooms when it opened in 1956. Said to be the first hotel with music in its elevators, it has hosted icons such as the Jackson 5, Liberace, Tony Bennett and Tina Turner.

Its heyday fading, the building’s room count gradually decreased with subsequent renovations. The hotel fell into disrepair and sat abandoned, an eyesore for many years in the center of downtown Dallas. It was finally slated for demolition, according to Deville, but then the National Trust for Historic Preservation put the  location on its list of America’s Most Endangered Places. It was time for a turnaround, thanks to ensuing state and federal tax credits.

TriArc got involved as general contractor and construction manager when the $140 million (construction value), historic preservation effort ramped up. The building, says Deville, needed a lot of help. “Some staircases were completely rusted. There were lots of elements that had to be restored to their original condition,” he adds.

Some elements needing restoration were complete surprises, such as the discovery of a large piece of abstract art by New York muralist Jack Lubin, painted in 1956. It was found inside a wall that was being torn down by the previous developer, Deville says. “It was somewhat damaged and set aside when we started construction but has since been restored and now displayed in the  Statler lobby.”

With the building project completed in 2017, it is now a jewel to behold: A 159-room hotel and 219-unit apartment building known as The Statler Hotel & Residences. In 2018 it was added to the National Trust for Historic Preservation’s list of Historic Hotels of America.

Next door to The Statler Hotel & Residences is the current home of The Dallas Morning News, in what used to be the Old Dallas Central Library.

Smaller staff sizes and less equipment meant the newspaper no longer needed its enormous 325,000-square-foot facility across town. But the 90,000-square-foot library, constructed in 1955, was sitting vacant, as it had been for decades, representing a great opportunity to move the media entity into the landmark institution.

With TriArc as general contractor, the $8.5 million urban redevelopment project to transform the four-story library into a newsroom was on a short timeline, beginning in 2016, says Deville. It involved creating functional space in a structure that had very low ceilings in some areas, using existing concrete overheads and soffits.

The news organization was able to move into its newly renovated landmark location in 2017.

The kind of quality shown in these and other high-profile projects have netted TriArc the Associated Builders and Contractors (ABC) STEP Diamond Level award, the Accredited Quality Contractor (AQC) award and being named one of the association’s Top Performers for 2021.

We are the only general contractor in the DFW area to be named on the list in the category under $50 million, Deville says, showing the company’s ability to compete with larger contractors as a small-to-medium-sized firm. The awards are given to recognize a company’s commitment to quality, safety, talent management, education, community relations and diversity, according to ABC.

TriArc won the STEP Diamond award, which measures 25 safety components designed to reduce job site accidents. It is an honor that comes with special meaning, reflecting back to the company’s focus on its employees and keeping them safe.

The Top Performers award recognizes companies for their safety, quality, diversity, project execution and special designations, ranked by work hours, according to Deville.

As for the company’s future, Deville looks forward to maintaining a high level of engagement with valued trade partners, whom he calls an extension of the company.

“We’d like just a few trade partners for each division so we can rotate the work,” Deville says. “We’d like to bring in more trade craft personnel and a key person to lead that piece of the business to keep TriArc’s success rolling along." 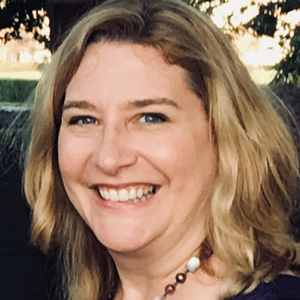 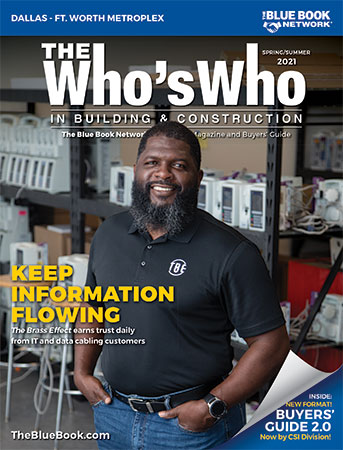