Raising the Roof in Texas 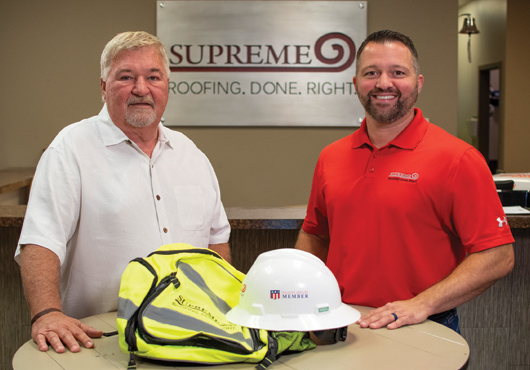 Tim Rainey (left) is CEO and one of the company’s three original owners. His son, Craig, is now Executive Vice President. 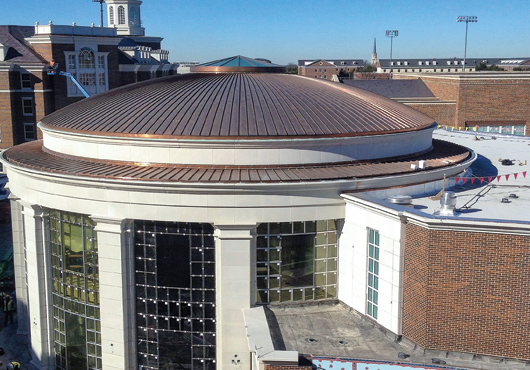 Supreme Roofing has installed more than 200 million square feet of roofing systems since 1987.

The prairie sky is wide and high deep in the heart of Texas, and Supreme Roofing is there to protect Texans from the bright, unyielding sun.

Tim Rainey is CEO and one of the company’s three original owners. His son, Craig, now Executive Vice President, is the heir apparent. “I think it’s safe to say that I’m next in line to lead the company,” Craig says. “Roofing is in my blood, and I want to carry on my dad’s legacy. I couldn’t imagine doing anything else.”

Craig officially started working for Supreme during his senior year of high school, through the firm’s apprentice program. During summer breaks, he worked as a Junior Estimator, and after graduating from the University of Alabama in 2005 with a bachelor’s degree in finance management, he joined the firm full time. He managed the Service Department for 10 years until 2016, when he was promoted to Vice President. In 2018, he was made a Executive Vice President.

He’s very clear that he earned his promotions. “My dad and I have a great relationship, but I had to work up from the bottom like everyone else,” he says, citing that he isn’t the only child of an employee who is rising through the ranks. “Dad’s been a great mentor and has shown me the value of hard work. He is a hard worker.” He puts an extra emphasis on “hard.”

Craig recounts a story from around 1999 to prove his point. “It was before school, and I was grabbing breakfast in the kitchen. I turned the corner and saw dad was still at home. Now, I don’t remember seeing my dad a lot when I was a kid—he was always working. I thought he was sick or there was a family emergency, so I asked him, ‘What’s the matter? Are you OK?’ And he told me that everything was all right and that he just wanted to see me off to school. It made me feel great.”

Supreme Roofing was started in 1987 shortly after Tim moved his family from Massachusetts to Texas. “Dad has over 40 years of experience in the commercial roofing industry. He started in the roofing industry in 1977 as a laborer and worked his way up through that company until he parted ways with his then employer in 1987.” Craig says. He formed Supreme Roofing shortly after focusing solely on repair and maintenance with a rented truck, trailer and a lot of drive and dedication. The drive and dedication has never wavered, and because of that, he has grown the company to where it is today.”

Supreme Roofing got its start doing service work for manufacturers. “Dad was approved by manufacturers to do warranty work because the companies trusted him,” Craig says, proudly. “From there he added reroofing services, and then the company took off.”

He attributes the company’s success to four metrics: its safety record, use of innovative technology, customer service and, most importantly, the level of dedicated employees.

“Texas is an odd state because roofers don’t have to be licensed,” Craig says. “So, when there’s a hurricane or other disaster, they come to Texas and do a lot of work cheaply. But the work they produce usually isn’t up to standards, and when the client has an issue, the storm-chasing roofers have hightailed it out of state. That’s why we insure our work—we want to help the industry get a better reputation.”

Supreme takes protecting its clients very seriously. “I think the most important difference is that we are fully bonded and insured,” Craig says. He explains that while most companies will say they are insured, the reality is a little more complicated. “Many companies don’t purchase insurance for their employees and roofers. This means that if an accident happens, or a guy falls off a roof, the homeowner may be liable for damages. But at Supreme, all of our roofers and employees are covered by workers’ compensation and general liability insurance, which means there’s less risk for our clients,” he says.

The company’s approach to insurance pays off: Supreme is an ISNetworld contractor, with a National Council on Compensation Insurance (NCCI) rating of a 0.79 “Anything at or below 1.0 is considered exceptional,” Craig says. “So, it’s safe to say we’re doing something right.”

Technology is also critical at Supreme. “Our installers carry iPhones, which makes the installation process much more transparent for our clients,” Craig says. “We can update work orders in the field, and now our customers can see in real time when the work is scheduled. And, they get photo updates of the work as it is being completed, as well as before and after photos. So, at any time, if something doesn’t look right, the client can ask us questions, and we can make changes if needed. It opens the lines of communication.”

Finally, the company’s relationships with its clients is a key differentiator. Craig notes that the company has grown organically over the past 31 years and now employs over 200 people. “We have grown into the different regions because our clients have asked us to be there for them,” Craig says. “In reality, we are a production-based company, not a sales-based company. We don’t have a full business development team, and we don’t try to sell. We get up, do the work, put our money where our mouth is, and enjoy the work.”

Ultimately, Supreme’s success is because of its people. “I love the team,” he says. “We have a great team that works together to take care of others, providing customers with quality roofs and exemplary customer service. They work hard, just like my dad did when he was working out of that rented truck; but now, with such a big team, we can serve more people and do more good!” 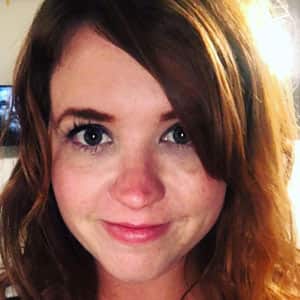 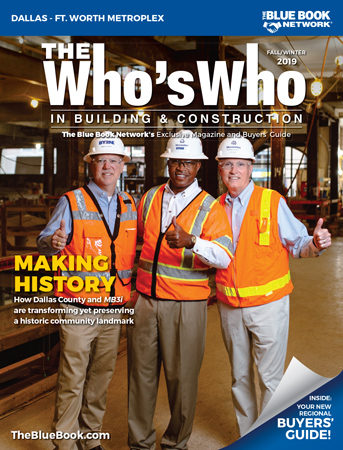