SeraPoint brings drone technology to the next level 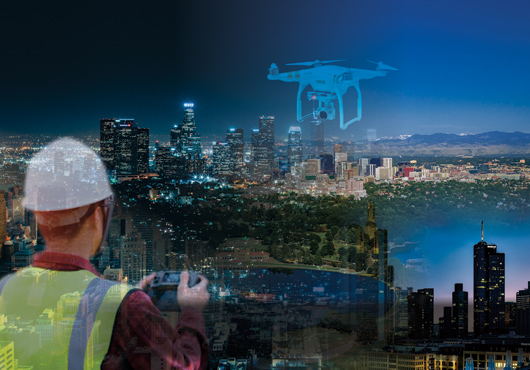 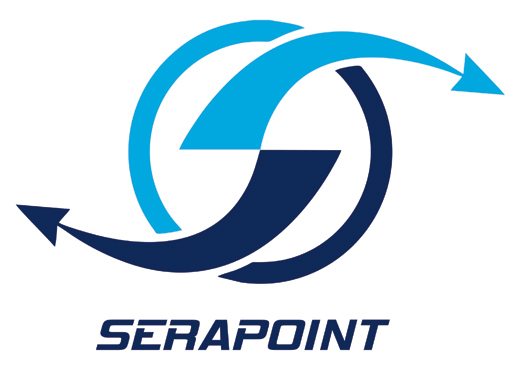 Brothers Ryan and Grant Hall aren’t computer geeks…at least not in the traditional sense. They did, however, recognize a need that led to SeraPoint, a proprietary drone-initiated 3D asset management software that evolved from their family-owned business, Halkin, Inc.

Halkin was originally founded by their father in 1982 to perform non-destructive testing services for a variety of industries, facilities, equipment and critical infrastructure. At the turn of the millennium, Halkin International sold most of its divisions to large, multinational inspection and non-destructive testing entities, and remained in the business mostly in an advisory capacity. Through technological advances in the unmanned aerial systems industry, Halkin reemerged as SeraPoint, an inspection, surveying and photogrammetry company utilizing new drone technology. This provided a platform to conduct infrared, visual, corrosion, and 3D aerial surveying inspection, analysis and reporting services in a much more economical, safe, and comprehensive manner.

An Idea Is Born

Denver natives Grant, CEO, and Ryan, COO, both grew up working for the company, spending much of their early careers in the coal mines doing underground inspection work. Eventually, Grant moved on to work in financing of small-scale renewable energy companies and Ryan turned to financial trading. With such a broad background in the inspection industry, however, once the two saw the tremendous possibilities of drone technology, they returned and restarted the company. They soon realized they were getting so much valuable data from the drones, but weren’t really using it to its full potential. That’s when the idea for the SeraPoint platform became a reality.

Grant says, “We were just getting these pictures and putting them in an Excel file or converting it to a PDF. We realized that these reports were not doing this data justice, so we decided there had to be a better way.”

In late 2017, Grant and Ryan started to create SeraPoint, an advanced carbon-negative, geo-referenced gallery for drone and other types of sensory data. With SeraPoint, you can see the full buildings generated in perfect scale-rendered 3D models. Working on a platform similar to Google Earth, it zooms in and flies to the project address, and a customer can access all the different models.

“Essentially,” Grant adds, “we’re generating those models ourselves with our drones and our CAD designers and our BIM designers, and we’re also importing existing BIM and CAD models onto our platform, so anybody—GCs, landscapers, civil engineers, insurance companies, property managers, real estate developers—can access these types of sophisticated modeling procedures.”

The company does a lot of progress flights for construction companies. Grant explains, “Let’s say they’re building a 10-story building and they need to do quality control as each deck goes up. The drone will just fly over and show exactly what the progress is. We’re scale-rendered to less than a quarter inch. We can get so close that we can read the writing on top of a bolt. It’s great for commissioning and quality control, and it’s very aesthetically and visually oriented.”

SeraPoint has been of particular value this past year during COVID-19 restrictions, with many clients running on a skeleton crew. “It’s tough to get vendor visits for pre-bid, etc.,” Grant says. “Now, with our software, once we’ve flown to the building or the site, all of these people that are looking to bid on these projects can just log in.”

SeraPoint was basically designed “so a child could use it,” Grant says, adding, “there’s only a maximum of two clicks for each function. There are not lots of menus that you have to scroll through. With two clicks, you’re going to get where you need to go.”

To complement the success of SeraPoint, the company has developed another product, coming out in the first quarter of 2021—SeraFly, a proprietary flight plan program that can be used either by the SeraPoint drone pilots or the customer’s own trained pilots. The flight plan is customized and pre-programmed, meaning the pilot only needs to open up the SeraFly app and push a button for the drone to fly according to the pre-determined flight plan.

Grant and Ryan have truly set the bar to a new high. “We developed this product because we are actually construction engineering, boots on the ground-type people,” says Grant. “We saw what the industry was lacking. We understand exactly what every worker feels like, what they need, and that’s who we developed this system for.”