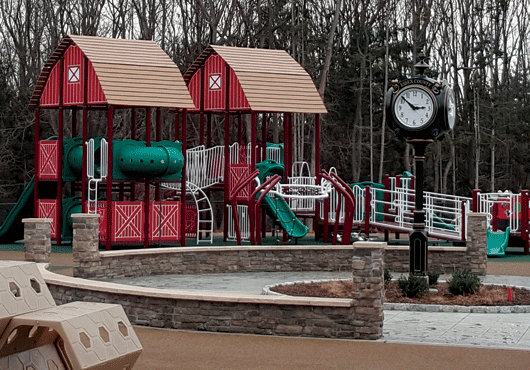 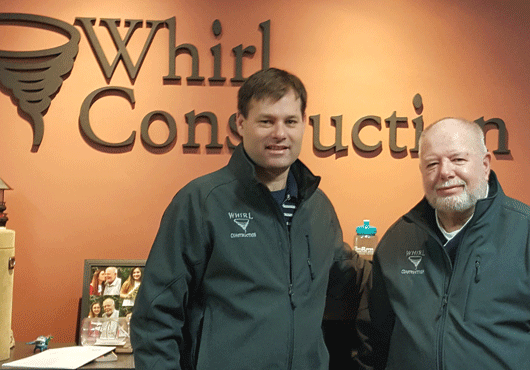 Over the course of 35 years, Whirl Construction has completed more than  5,700 park and playground projects. The company is led by father-and-son team Jim Davis Sr. (right) and Jim Davis Jr.

Don’t tell kids this, but constructing fantastic playgrounds is about providing them with great experiences—and about pleasing their parents and park supervisors. That’s why Whirl Construction Inc. (Whirl) takes playgrounds so seriously—even while ensuring that kids have fun and leave smiling.

“That’s one of those privileged moments—to see your work come to fruition and see smiles on kids’ faces,” says Jim Davis Jr., Vice President of Whirl.The company is one of the rare subcontractors that exclusively specializes in start-to-finish construction and installation of state-of-the-art playgrounds and parks.

Whirl, which gets its name from the motion of the ever-popular merry-go-round, is a welcome partner on projects involving playgrounds. Its playgrounds are located at local, county and state parks, schools, private daycare centers, and residential and private developments in New Jersey, New York and parts of Pennsylvania. Whirl typically completes between 200 and 250 playgrounds per year.
Jim Jr. says his company measures success based on the positive experiences of thousands of children who benefit from their work. Many have even shared their appreciation in thoughtful ways. “We have received letters from school children thanking us for creating new play spaces for them at their schools … that’s a good feeling,” he says.

Jim Davis Sr. is the company’s Founder and President. He “took a chance” to launch the business, borrowing money from his mother to get started, and then exercising true sacrifice and perseverance by working without pay for some time to keep things running.

“Our team knows the history of my dad’s hard work and they appreciate the sacrifices that he made. We would not be where we are today without those good deeds,” says Jim Jr.

Previous to founding Whirl, Jim Sr. worked in the delicatessen business. As the story goes, he became increasingly unhappy with the long hours and seven-days-a-week work schedule. When he was given an opportunity to work with his brother-in-law to build a playground in a nearby town, he handed over the operation of the deli to Terry Stromberg, his most trusted and loyal employee. Then, he accompanied his brother to help build the playground. “He liked the work and the change of pace,” says Jim Jr., who was 11 at the time. His father started Whirl shortly thereafter in 1982, and incorporated it in 1984. Jim Sr. and Terry also married in 1984. Terry has been involved in Whirl since day one. She plays a big part in the company as Corporate Secretary, and also oversees payroll, accounting and human resources.

Initially, the company occupied a small two-bedroom house, a far cry from the 5,000-square-foot facility plus office space in Port Monmouth, NJ, used today. Similarly, it has grown from just one employee to 25 now, including five foremen and 12 laborers.

Jim Jr. could be considered one of Whirl’s earliest employees. He remembers coordinating his bus rides from school to end up on the latest project where his dad was working. His first project, some 33 years ago, was cleaning up the work site at a tennis center building that Whirl was constructing.

He double-majored in criminal justice and business at Moravian College in Pennsylvania, graduating in May 1993. He chose the family business over opportunities in the criminal justice field and, one month after graduation, started working full time at Whirl—and has never looked back.

Today, along with his dad, he is in charge of day-to-day operations and estimating. Whirl’s specialty in playground construction affects hiring decisions, as typically applicants who come in seeking employment have never installed a playground. But with over 155 years of combined specialized field experience, the company’s leaders are very effective in teaching the newer employees about the trade. “Our guys have experienced a myriad of site situations and they are well prepared to take on each challenge that gets put in front of them,” Jim Jr. says.

Whirl has 12 vehicles ranging from heavy-duty pick-ups to a hook-lift truck. The business also has 12 pieces of equipment—skid steer machines and a backhoe included.

“We started with one shovel, one posthole digger and one shale bar. Now, 35 years later, 90 percent of our digging and excavating work is done with machinery,” he adds.

One of the company’s newest pieces of equipment is a concrete curb extruding machine. While past trends have been to use wood or plastic for play area borders, those materials are less durable than concrete. Whirl’s concrete curbs are extruded on site, which gives the customer flexibility with layout and free-form designs.

The playground construction process resembles other design-build projects. Once plans are devised, workers do the excavation, concrete work, any drainage system installation, addition of the actual playground equipment and, finally, the surface work.

Each project is unique because the end result depends upon the developer’s or owner’s wishes, the physical layout of the property, and regulations. Close consultation with the customer is mandatory. Also, playground construction must comply with regulations from the Consumer Product Safety Commission (CPSC) and American Society for Testing and Materials (ASTM) guidelines, ADA accessibility stipulations and others. The key  deliverable is safe play.

Aesthetically, playgrounds traditionally need to have a certain look to appeal to children and engage them in sensory play experiences. With this in mind, Whirl stays abreast of the latest trends in colors, popular equipment, safety improvements and durability. Playground equipment trends and even play theory are also considerations.

“We keep up with what the kids like by getting feedback from the source. We listen to kids on the playground. We have meetings with PTA and PTO groups routinely, which are the eyes and ears of today’s children. We also work closely with equipment manufacturers that stay tuned in to what kids like,” Jim Jr. says. “If somebody can dream it, we can build it.”

For the crew at Whirl, each job typically takes anywhere from one day to six weeks to complete. They either subcontract directly with manufacturers or provide customized design and construction to property owners and developers, and to school, municipal, county or state authorities. The company self-performs most of the work, including prepping groundwork, laying concrete, building concession stands, and erecting playground units, shelters, gazebos and more. Whirl then calls on other tradesmen for plumbing and electrical needs.

Several noteworthy projects show the company’s capabilities and heart for the job. In 2000, Whirl installed playground equipment in Liberty State Park in Jersey City, N.J., one of the largest parks on the east coast. The park’s 100 decks spread across numerous play space units look inviting, especially since the park’s backdrop is a bustling New York City, across the Hudson River.

Another project (one of the most meaningful ones to Whirl) lies within the community of Edison, N.J., which banded together to create a state-of-the-art playground at Lincoln Elementary School in memory of one of its kindergarten students, Mychal Vicidomini.

Five-year-old Mychal—named after Father Mychal Judge, a fire department chaplain killed in the line of duty on 9/11—died in January 2009 from a rare brain disorder. Since he lived with his parents and brother in a home adjacent to the school, the opportunity to build “Mychal’s Playground” presented itself and turned into a major fundraising and planning effort.

“We met with the Vicidominis and expressed our deepest sympathies and advised them that we were ‘all in!’ ” Jim Jr. says. Not content to merely help perform the work, Whirl, as well as the entire Middletown community where Jim Jr. lives, also undertook fundraising efforts to help fund the park. Despite the school being some 25 miles away, Jim Jr. and his wife, Lorie, spearheaded an event in their home to raise funds for the project.

“Mychal’s Playground was one of the most rewarding projects we have been involved with,” Jim Jr. says. “We are grateful to have had the opportunity to be a part of it. We gained friends for life that we will never forget.”

With over 5,700 park projects/playgrounds to Whirl’s credit, management isn’t concerned about running out of business any time soon. “Build-out will probably never occur because the typical playground has a lifespan of 15 to 20 years before it has to be recycled or upgraded, in part to meet new regulations. Our company does this type of work too: tearing down and rebuilding. It’s what we call ‘job security,’ ” Jim Jr. says, playfully. 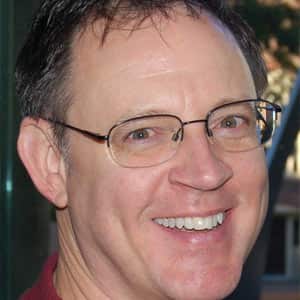 As a communications professor and a reporter and editor for decades, Steve Freeman enjoys telling the stories of fascinating companies. 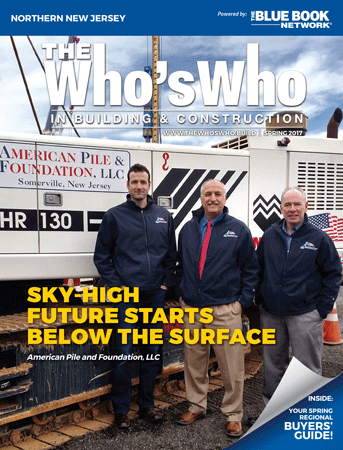